On social media, more people are coming out about their depression

Mental health struggles traditionally have been kept quiet, but that is changing 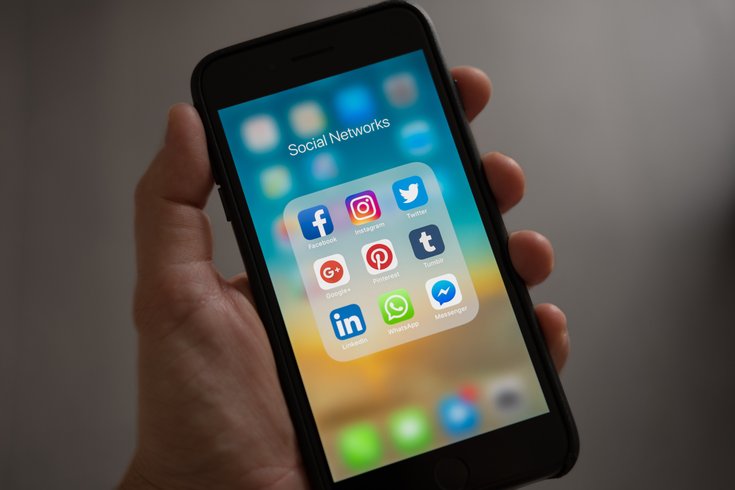 More people are coming out on social media about their mental health struggles.

Susanna Harris was sitting in her lab class for her graduate program at the University of North Carolina at Chapel Hill when she received an email that told her she had failed what she describes as “the most important exam in grad school,” the doctoral qualifying exam. She took the rest of the day off, went home and baked cookies.

Harris continued with her regular schedule: lab, work, home, repeat. Everything seemed fine until she realized she was having a hard time focusing due to lack of sleep. That’s when she decided to go to campus health to ask for a prescription for a sleeping aid. The doctor said they could give her a prescription, but it would be for antidepressants instead.

Harris was surprised how common depression is among Ph.D. students, so she began sharing aspects of her own mental health journey on social media by creating the Twitter account and hashtag #PhDBalance. People share the stories they might otherwise keep private — stories of anxiety, depression, abuse, substance use, PTSD. Others comment on the posts and reach out to the author.

“People have found friends and compatriots through our page based on what they are going through, and I think that is beautiful,” said Harris, who has also shared her experiences onstage at The Monti — a nonprofit organization in North Carolina that invites people to tell personal stories.

While struggles with mental health were traditionally kept private, in recent years a growing number of sufferers are adopting the opposite tack: sharing their mental health battles with the world, via social media.

Celebrities and public figures like actors Dwayne Johnson and Gina Rodriguez and singer Ariana Grande have used social media as a platform to share stories about their mental health and encourage others. Kevin Love of the Cleveland Cavaliers began using his Twitter account to share the story of his struggles after writing an article for The Players’ Tribune — a new media company that provides athletes with a platform to connect directly with fans. The article highlighted how he came to realize that sharing improves not only his life, but the lives of others.

Sammy Nickalls of Lebanon, Pa., is an editor and writer who created the hashtag #TalkingAboutIt in 2015. Nickalls said she did it because, as a University of Michigan study has found, Facebook and other social media can make people feel worse because they tend to show the happier aspects of users’ lives.

“When all you see are highlights from people’s lives, social media encourages comparisons, FOMO [fear of missing out], all that good stuff,” Nickalls said. “That’s why I wanted to start #TalkingAboutIt — because if we’re open about the dark times, too, social media will be less likely to make users feel lonely and like their lives don’t measure up.”

People often connect with one another by using hashtags like #TalkingAboutIt and #mentalhealth that have a broad target audience. Others such as #YouGoodMan and #YouOkSis were created specifically for mental health concerns in the African American community. #ThisIsWhatAnxietyFeelsLike is used by people with that specific problem.

People have also used social media to express their increased anxiety about mass shootings. Hashtag #ItsGettingTooHardTo began being used on Twitter in response to the mass shootings that occurred in El Paso, Texas, and Dayton, Ohio. The hashtag #IAmNotDangerous was used to combat erroneous statements that mental illness is responsible for driving people to commit mass shootings.

Lauren Evans, a Philadelphia public relations professional, is a survivor of domestic violence who was diagnosed with post-traumatic stress disorder, depression and anxiety in 2013. The community she found on Twitter, Instagram and Facebook helped her cope. Evans keeps the hashtag #DVsurvivor and words “Mental Health Advocate” in her Instagram bio to help her find other mental health accounts on social media.

Finding others who understood her struggle and didn’t discount her feelings was invaluable. She said social media “has been one of the most helpful things for me to have my voice feel validated, especially regarding past trauma. It’s also super cool to network with others who are on their journey, and it makes it seem more socially accepted.”

It is also common for organizations to use social media as a platform to share information, tips and strategies. The National Alliance on Mental Illness has a Facebook page that provides information about events and a safe space for people to discuss their concerns.

Dr. Isaiah Pickens, a clinical psychologist in Los Angeles and founder of IOpening Enterprises, believes that, when used the wrong way, social media can have a negative impact.

“Social media can also exacerbate problems if it’s not the right kind of community and if it’s a community that potentially responds in ways that are toxic,” Pickens said. “When people sometimes try to share their experience and their experience is received in a way that increases the type of harassment, intimidation and bullying that happens.”

He cautions that people should think of social media as a secondary tool and get help from professionals and traditional support groups. Seek out groups on social media that share your problem, he said, and give yourself permission to hold back some aspects of your life. It’s important to set boundaries.

For people who are open about their mental health on social media, there is a possibility that they will face backlash from friends, family or co-workers.

“One time, when I made an understandable and human — in my opinion, anyway — mistake at work and had also been open about my mental health online the same day,” Nickalls said, “a former employer said something along the lines of ‘Maybe you should focus more on your work and less on your mental health.’”

But overall, she said, “I think people in general are thinking about mental health differently than they did before, and they’re using social media to reach out for community and support.”