Mentored by a pro, siblings jump into real estate business

Aided by loan from developer Ken Weinstein, pair at work on second home in Germantown 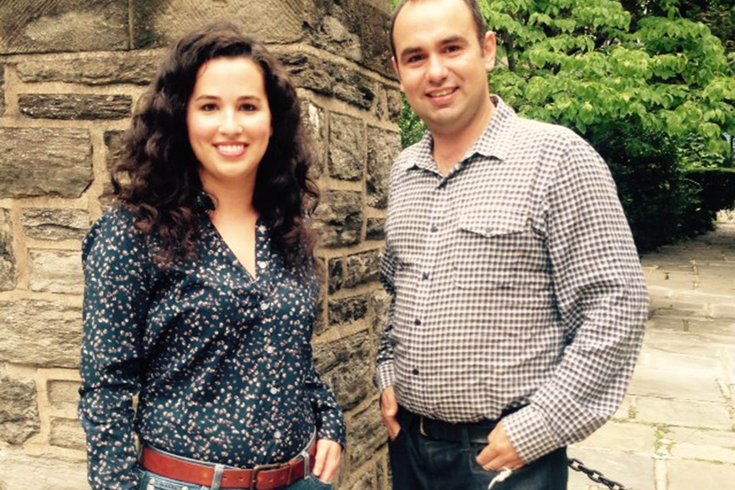 “I love the way the [Germantown] houses are built. They have good bones," says Gabriella Somoza, seen with her brother, Oliver. "They’re beautiful, they’re big and spacious, and they have this Colonial feel."

Gabriella and Oliver Somoza, a sister-and-brother pair from New York City, didn’t know they’d be trailblazers when they became the first people to get a loan for aspiring real estate developers from Germantown developer Ken Weinstein.

But that’s exactly what they are. Because in this city, which needs homegrown businesses like a desert needs water, Weinstein may be on to something worth replicating.

“There’s a lot of risk, that’s for sure .... Say you had a construction budget of $30,000 and you find out that something really expensive needs fixing, something structural, say, or you find mold. Then your whole business model goes out the window.” – Gabriella Somoza

The Somozas are young and just getting started – he’s 32 and she’s 28 – so when they decided to get into the real estate business, New York was out of the question. They considered upstate New York but ultimately settled on Philadelphia.

“We started driving down every weekend in January of last year, just looking at properties,” she said. “We both fell in love with it. I ended up moving here within three months.”

Now they are among the first to go through Weinstein’s jumpstart Germantown mentorship program and are the first to actually close on one of his loans. They want to grow their development business slowly, learning as they go, with an ultimate goal of one day being able to develop housing for people with disabilities.

While they live in Center City because she still commutes to New York for her day job, they chose to invest in Germantown because it’s in their price range, it still has a healthy fabric of charming houses and streets, and it’s well connected to transit.

“I love the way the houses are built. They have good bones. They’re beautiful, they’re big and spacious, and they have this Colonial feel,” she said. “Sometimes you can see a stressed neighborhood where half the block will be completely destroyed, so any developer would have to buy and redevelop almost the entire block. Germantown’s not that way.”

'IMPORTANT TO BE PROUD'

According to Gabriella Somoza, who has a degree in economics from Carnegie Mellon University, investments in Germantown pay much better than they would in many other markets.

“What I’ve found by looking at the specifics of Germantown is that you’re able to make a really nice profit,” she said. “You earn a cap rate of anywhere between 12 and 17 percent. Compare that to New York City, where at best you’re looking at three to five percent.”

That’s because much of the housing here needs work. But was it well built to begin with and doesn’t take much to return these houses to their original charm.

“Most people want to buy a house and be able to walk right in and start moving their furniture in right away,” she said. “So when you get to places that need some work, that’s where investors like us come in.”

“The way I look at it is, we’re not done until every property in the city of Philadelphia is renovated and occupied. And there’s no need to be selfish about it. There’s plenty of opportunity to go around.” – Ken Weinstein, developer

They bought that first house in July. Then one day, while Oliver was having a sandwich at Little Jimmie’s Bakery Café on Germantown Avenue in Mount Airy during the course of construction, he struck up a conversation and heard about Weinstein’s program.

“That was maybe three weeks before the program hit the Internet,” Gabriella said.

The house they bought with Weinstein’s help is on the 4900 block of Rubicam, right around the corner from the Wister train station and bordering La Salle University.

“It’s a beautiful, quiet street, with people who’ve lived there for more than 20 years,” she said. “I think it’s important to be proud of the properties that you own and to invest in areas that you would want to live in yourself.”

This one cost more, and will take more to renovate, so they couldn’t have done it without Weinstein’s help. But it will also generate more return.

Of course, this kind of return doesn’t come without risk. You never know exactly what might be wrong with a house when you buy it, and whether your estimates of how much it will take to renovate are exactly on target. There’s always something that can go wrong during the construction process. And then there can be other problems, too – like the break-in they had at another property they’ve since purchased in West Philadelphia.

“There’s a lot of risk, that’s for sure, and Ken says it, too – not everyone is built for this business,” Gabriella said. “Say you had a construction budget of $30,000 and you find out that something really expensive needs fixing, something structural, say, or you find mold. Then your whole business model goes out the window.” 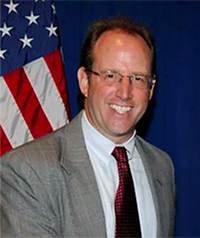 For Weinstein, pictured left, the Jumpstart Germantown initiative is a way to help himself by helping others. A developer who now specializes in commercial real estate, and whose holdings include a significant portion of properties in the city’s Germantown section, he knows more than anyone that commercial development alone can’t fix a stressed neighborhood. Desirable housing and attractive places to shop go hand in hand. His firm, Philly Office Retail, manages more than 600,000 square feet of commercial space, and his biggest challenge in finding tenants is the desirability of the housing stock close by.

But his solution, a serious – and free - mentorship and development program for aspiring new residential developers, could prove to be a healthy antidote for any of Philadelphia’s many neighborhoods that need this kind of investment. It’s a genuine opportunity for anyone to get into this business, using the raw materials that are available right in their own neighborhood.

In addition to the mentorship piece, which offers extensive advice and support, Weinstein’s offering money to new developers. He’ll draw on a $2 million line of credit to help finance anyone who wants to get into the game of fixing up houses for rent or for sale and can qualify for a loan.

“The two things that most people who want to get into this business lack are knowledge and capital,” he told a group of would-be developers at his first networking session, held three weeks ago. “So I’m offering both.”

Even better, it seems, he’s offering a genuine opportunity to get into a profitable business and benefit from a changing neighborhood to people who actually live here. His first developer’s networking event, which drew about 75 people, looked like a slice of genuine Germantown: A diverse mix of men and women, young and old, more minority than not.

If even one quarter of them wind up actually being able to make the jump into successfully re-developing Germantown’s housing stock, that’s powerful. Not only will it improve the neighborhood, it can improve financial prospects for many of the people who live here.

“The way I look at it is, we’re not done until every property in the city of Philadelphia is renovated and occupied,” Weinstein said. “And there’s no need to be selfish about it. There’s plenty of opportunity to go around.”