New Jersey Lt. Gov. is pushing the state to increase its STEM-Ag education in high schools 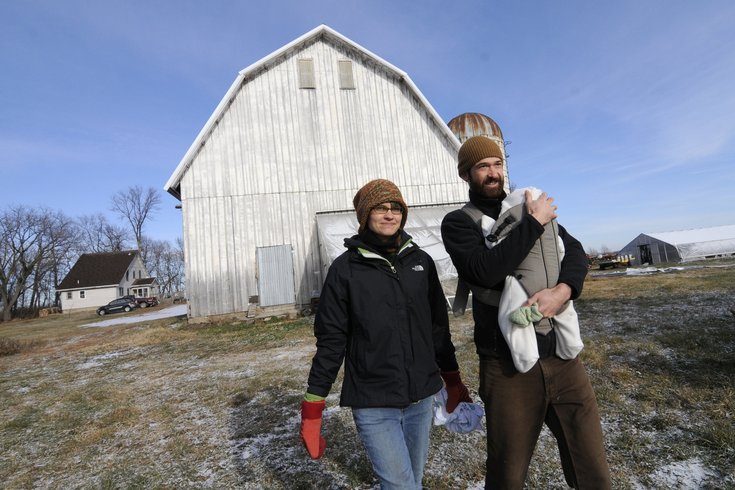 Laura Frerichs, 31, is shown with her family on their organic farm in Minn. discovered her passion for farming about a year after she graduated from college with an anthropology degree and is among more people in their 20s and 30s going into farming.

A wave of young Americans are moving away from the 9-to-5 and back to nature as small-scale farmers - and New Jersey Lt. Gov. Kim Guadagno is all for it.

During a speech at the 100th annual New Jersey Agricultural Convention held in February in Atlantic City, Guadagno said as an incentive to encourage more young people to go into farming, she’d like the state to increase its STEM-Ag education offerings to keep pace with the changing nature of agriculture, according to The Press of Atlantic City.

"There are currently 21 high school districts in the state with a Curriculum for Agricultural Science Education program, in which students who graduate from the program can get 11.5 college credits — a value of about $30,000 — for free at participating schools, such as Rutgers University," she said.

The reason for the resurgence toward millennial farming varies, from an innate desire to get away from computer screens and reconnect with the soil to a practical realization that growing and selling food may be cheaper than a trip to Trader Joe’s and a passion to stand in the same dirt their ancestors once sowed.

Lindsey Lusher Shute, co-founder and executive director of the National Young Farmers Coalition, said the U.S. needs about 100,000 new farmers in the next few years as the older generation gets ready to step back.