Missing the games? Here are the best sports movies, TV shows and documentaries to stream

With the coronavirus bringing the sports world to a standstill, Netflix, HBO and Hulu are about to become your best friends. 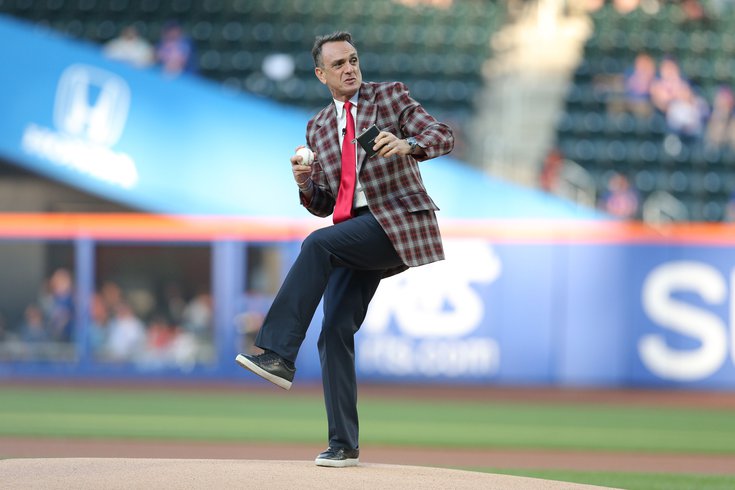 Hank Azaria, as his character Jim Brockmire, throws out the first pitch before a game between the New York Mets and the Miami Marlins.

If you're a sports fan like me, you're probably beginning to go through withdrawal after every major sports league, professional and amateur, has been shut down due to the spreading coronavirus. Many of us have also been told to stay home from work, meaning we suddenly have the chance to watch all the sports we could want ... only there's nothing to turn on.

Fear not. We've got a solution for you.

It may not be the same as watching live games or coverage of your favorite teams, but something is better than nothing.

Here's a look at 50-plus sports movies and shows to binge while there are no live games taking place. Things I haven't seen — or haven't seen all of — are italicized. They're also listed in no particular order. I'll hop back in here from time to time to update this with some descriptions of my favorite ones, but it seemed wise to get this up before the start of the weekend so you guys have something to watch.

Go watch the trailers, check out Rotten Tomatoes, and if you're not sure if it's something you'd like, hit me up on Twitter (@matt_mullin) and I'll be happy to offer my opinion, assuming I've seen it. Enjoy.

Netflix probably has the best selection of traditional sports movies, and it also has a few incredible documentaries — "Icarus" and "Screwball" certainly come to mind — as well as reality series like "Cheer" and "F1: Drive to Survive." Those last two are so good that I was utterly captivated by two sports that I've never watched live. I can't recommend them enough.

While Netflix may have a bigger selection, HBO has some absolute gems, including a few family-friendly options like all three "Mighty Ducks" movies and "The Big Green," which was one of my favorite sports movies as a kid. They also have a couple award-winning documentaries that are must-watches. If you have HBO, take advantage.

Hulu doesn't have the greatest selection of movies, but they do have two great TV series in their entirety — you've probably heard of "The League," but you should definitely be watching "Brockmire." And there's also a bunch of WWE and UFC content on there if that's your thing.

- Top Gear
- Behind the Mask

Did I miss anything? Leave your favorites in the comments — and remember, I'll be adding some other streaming services, like Disney+ and Amazon Prime, in the coming days. But for now, this should be more than enough to get you started.

And as always, stay safe out there, folks.