MLB rumors: Will the Phillies really exceed the luxury tax for Nick Castellanos? 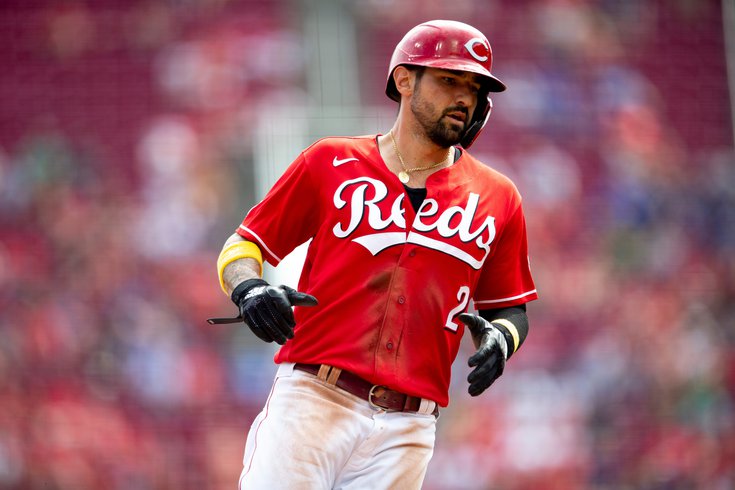 At the beginning of the week, when MLB free agency kicked off there were rumors circulating that the Phillies were interested in one of the better hitters on the open market, outfielder Nick Castellanos.

After they singed Odubel Herrera (to a modest $1.75 million deal) and later Kyle Schwarber (to a much larger, four years, $79 million deal), the writing on the wall was that the team was done spending. Both play in the outfield and the team wasn't showing signs of being aggressive this spring.

With a little cushion before hitting the luxury tax threshold of $230 million — a mark the team has never in its history eclipsed — the sad assumption most Phillies fans made is that the team would pretty much be done, with games beginning this weekend in Clearwater,

But perhaps that is not so.

A few big ticket items remain at large, and the Phils may still have their reported interest in the longtime Tiger who was an All-Star for the first time last season in Cincinnati:

The Phillies could certainly use even more flexibility with their lineup, and having Castellanos available to play in left field opens up the DH spot for Kyle Schwarber, a lefty hitter who isn't particularly the best defensive outfielder. Though he's never played centerfield, Castellanos has also made 518 of his 1,015 big league starts at third base — though he hasn't played there since 2017.

A former first round pick out of high school, Castellanos is worth, according to Spotrac.com, a cool $21.3 million annually. That would put the Phillies over the luxury tax. But with the Mets and Braves loading up for 2022, Philly may have no choice if it wants to retain its postseason ambition.