The FDA is permitting health care providers to administer smaller doses because supplies are limited. But there's no guarantee that will quell the outbreak, scientists say 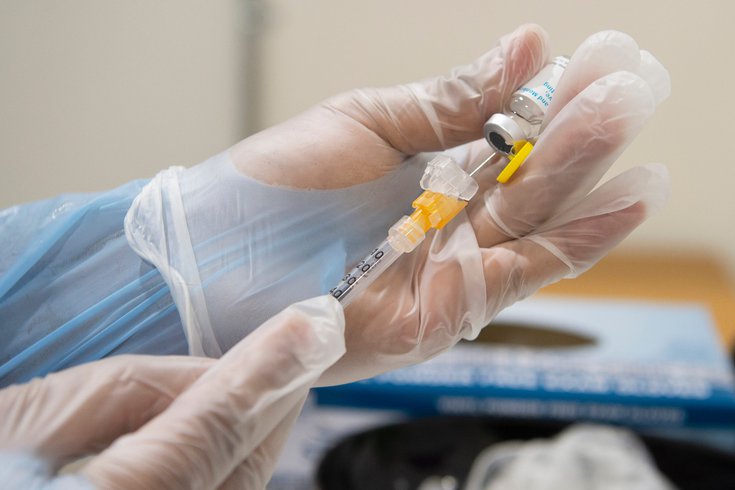 U.S. health officials have adopted a new vaccination strategy aimed at quelling the monkeypox outbreak. The FDA is allowing the vaccine to be injected into the skin in smaller doses, expanding the number of doses available.

The limited supply of monkeypox vaccines has prompted the United States to adopt a fractional dosing strategy in hopes of mitigating the national outbreak.

The U.S. Food and Drug Administration is allowing the Jynneos vaccine to be injected between layers of the skin, rather than into the fat, as it's currently given. Doing so only requires one-fifth of a dose to generate an effective immune response, research suggests. This will greatly increase the number of doses available, the FDA says.

Fractional dosing strategies previously have been used when supplies of other vaccines have been limited. Some countries have used it to administer booster shots during the COVID-19 pandemic. In 2016, it was used during a yellow fever outbreak in the Democratic Republic of Congo, Angola and Brazil. It also has been used to combat polio.

Teenagers and children who are considered high risk for monkeypox will still receive the full dose by subcutaneous injection. Both approaches still require two doses given 28 days apart.

"In recent weeks the monkeypox virus has continued to spread at a rate that has made it clear our current vaccine supply will not meet the current demand," FDA Commissioner Dr. Robert M. Califf said. "The FDA quickly explored other scientifically appropriate options to facilitate access to the vaccine for all impacted individuals. By increasing the number of available doses, more individuals who want to be vaccinated against monkeypox will now have the opportunity to do so."

About 1.6 million people in the United States are considered at high risk of monkeypox, but there were only enough doses of the two-shot Jynneos vaccine to fully immunize one-third of them. So, federal officials will try to stretch supplies through intradermal injections.

"It's actually a very good technique and it makes sense to go with it," Dr. Jon Andrus, an infectious disease specialist at George Washington University, told NPR.

A 2015 clinical trial found that injecting the monkeypox vaccine into the skin can prompt a strong immune response, even with smaller doses. The strategy has been used with other vaccines, too.

"As a public health practitioner, there's no choice," Dr. Peter Chin-Hong, an infectious disease expert at UC San Francisco, told the Los Angeles Times. "This is spiraling out of control, and the alternative ... was that we'd be seeing a lot of suffering in the next few months and a lot of disease. This is probably going to be as good an effort as any to really try to quell this continued outbreak on a steep curve."

However, some experts say more research is needed to see if fractional dosing is effective against the monkeypox virus. There also are concerns that many health care providers do not have experience giving injections into the skin, though the U.S. Centers for Disease Control and Prevention has said it will provide educational materials to help train providers.

Intradermal injections can be challenging for providers because they must insert the needle into a thin space. If they go too deep and enter body fat, the patient might not receive enough vaccine to generate a strong response. But the vaccine could leak out if they fail to go deep enough into the skin.

Still, Dr. John P. Moore, a virologist at Weill Cornell Medicine, told the New York Times that the strategy is better than stretching doses by giving people just one of the two recommended subcutaneous doses.

"The upside is you can stretch out doses," he said. "The downside is, if you cut it too far or take too many liberties, you reduce the efficacy. And then how are you going to know that? It's educated guesswork."

Dr. Philip Krause, former deputy director of the FDA’s Office of Vaccines Research and Review, and Dr. Luciana Borio, a senior fellow for global health at the Council on Foreign Relations, warned that the fractional dosing strategy could backfire due to a lack of efficacy data and potential errors from health care providers adopting a new approach with little training.

"Mistakes could cause a lower dose of the vaccine to be delivered deeper than intended, with likely lower effectiveness," they wrote in an opinion piece published by STAT. "A hasty decision to try an unproven and risky strategy to stretch the existing vaccine supply may interfere with developing a national plan to quell this outbreak."

Earlier this month, the Biden Administration declared the monkeypox outbreak a public health emergency. As of Tuesday, there have been 9,492 cases in the United States, including 251 in Pennsylvania and 264 in New Jersey, according the CDC. Philadelphia has reported 128 cases, but only 22 of them have been confirmed by the CDC.

Philadelphia Health Commissioner Dr. Cheryl Bettigole said the decision to ration vaccines "highlights the difficult situation Philadelphia is in, with many more people needing vaccine than is available."

"We look forward to learning more about the federal government's plan, including additional information on the safety and efficacy of the proposed dosing strategy, as well as clarity on whether jurisdictions and/or vaccine providers and patients have the option of choosing between the proposed intradermal dosing strategy and the usual subcutaneous injection route or whether the new intradermal strategy will be the only available option."

Because it is not clear how well the smaller dose vaccines will work, health experts emphasize that vaccinated people should still take precautions to prevent monkeypox.