Monkeypox vaccines are now available in Philadelphia; here's how to get an appointment 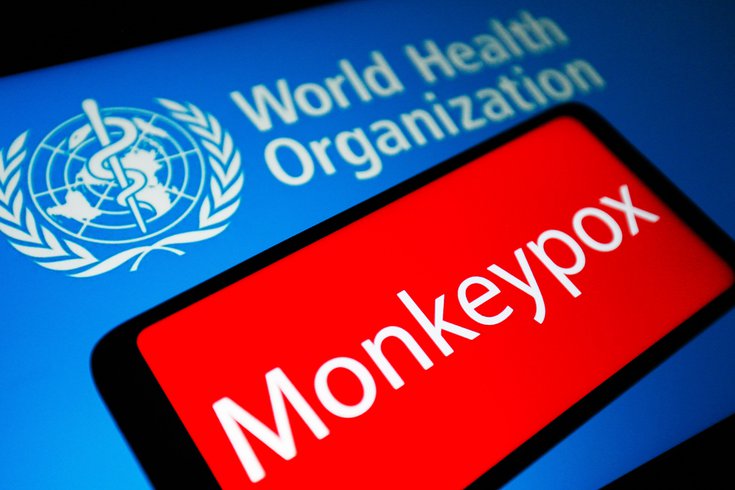 Philadelphia has received its first shipment of monkeypox vaccines. Eligibility is limited to people have been exposed to a person with monkeypox and for others deemed at high risk of contracting the disease.

Philadelphia has received its first monkeypox vaccine shipment, with another expected next week. The shots will be given to people who are considered to be at high-risk of becoming infected by the virus.

The global monkeypox outbreak, which began in early May, has caused 1,972 cases in the United States. There are 33 cases in Philadelphia – five confirmed and 28 probable, city health officials said Tuesday.

Monkeypox spreads through close physical contact with an infected person or through contact with contaminated material, like feces. Though it is not considered a sexually transmitted disease, the current outbreak is primarily being spread among men who have sex with men, particularly those with multiple partners, according to The World Health Organization.

The Department of Public Health received 1,605 doses of the JYNNEOS vaccine, one of two vaccines that the U.S. Food and Drug Administration has licensed for preventing monkeypox. Another 1,020 doses are expected next week.

Here's more information on how to get a monkeypox vaccination.

Due to the relatively small number of vaccine doses available, vaccine eligibility is limited to people who have come in close contact with someone who has monkeypox and others considered at high-risk. As more doses become available, the health department plans to expand vaccine eligibility.

The targeted distribution strategy is aimed at containing the outbreak within the city, health officials said.

"At this time, we are focused on protecting and treating those who are at the highest risk for exposure, and letting equity guide our decision-making process," said Erik Larson, the city's deputy director of LGBT affairs.

How can I get vaccinated? And where?

People who have been diagnosed with monkeypox or have begun experiencing symptoms cannot be vaccinated.

The health department also is sending appointment invitations to known contacts of people who have monkeypox and others at high-risk of contracting the disease.

Invitation-only clinics are being held during the afternoon and evening three days each week, and during the day on the weekend. Walk-ins are not available.

How many shots are necessary?

The JYNNEOS vaccine is administered in two doses over a 28-day interval. But Philadelphia is only administering one shot to ensure as many people as possible get at least one dose. City officials said this is in line with the actions of other large health agencies.

It is likely that the second dose won't be available within the recommended interval, they added. But research suggests the delay should not weaken the immune response of the second dose. Once more doses are available, the health department will work to contact people who need the second dose.

How is the vaccine made?

The monkeypox virus belongs to the Orthopoxvirus genus, which also includes the smallpox virus, the cowpox virus and the vaccinia virus used in the smallpox vaccine. Despite its name, chickenpox is not related to the poxviruses.

Monkeypox was discovered in 1958 in two colonies of monkeys kept for lab research. The first human case was reported in 1970, but until the current outbreak, most cases had occurred in Central and West Africa.

What are the symptoms?

Monkeypox symptoms include fever, rash and swollen lymph nodes, which may lead to complications. The rash can appear as pimples or blisters on the face, inside the mouth and on other parts of the body, including the hands, feet, chest, genitals and anus.

It can take up to a month for all symptoms to resolve. The disease is rarely fatal.

The U.S. Centers for Disease Control and Prevention has alerted doctors to consider monkeypox as a possible diagnosis when a patient shows signs of an STD infection like syphilis or herpes.

What should I do if I develop symptoms?

People who are experiencing monkeypox symptoms are urged to contact their regular health care providers, and tell their partners as soon as possible.

There are no treatments specifically for monkeypox infections, according to the CDC. But because monkeypox and smallpox viruses are genetically similar, antiviral drugs developed to protect against smallpox can be used to treat the disease.

Antivirals, such as tecovirimat may be recommended for people who are more likely to get severely ill, such as patients with weakened immune systems.