The virus is not nearly as contagious as the coronavirus and less likely to mutate. Plus, vaccines can be given to people at high risk of infection 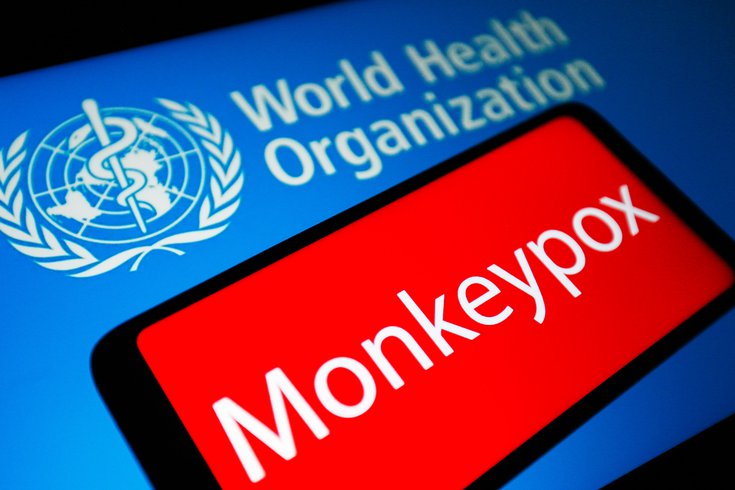 The monkeypox virus is not nearly as contagious as COVID-19, so it's unlikely to cause a massive outbreak, scientists say. There also are vaccines and treatments available – two advantages that were absent when COVID-19 began spreading in late 2019.

As monkeypox cases have popped up in the United States, many people have wondered whether the international outbreak has the potential to grow to COVID-19-like proportions.

Scientists have sought to temper these fears, noting that the monkeypox virus is not nearly as contagious as COVID-19. It's also not a novel virus, having caused outbreaks for decades. And there are vaccines and treatments available – two advantages that were absent when COVID-19 began spreading in late 2019.

"It is very unlikely to reach COVID-19-like proportions," said Dr. Luis Sigal, a microbiology and immunology professor at Thomas Jefferson University who has spent his career studying pox viruses. "Be alert, but it is not as infectious as SARS-CoV-2."

As of Tuesday, there were two confirmed and six suspected monkeypox cases in the United States, according to Global.Health data. All the cases have been related to travel. There have not been any cases identified in Pennsylvania, New Jersey or Delaware.

Most of the 200-plus confirmed cases in the global outbreak have been reported in the United Kingdom, Spain and Portugal.

There is no evidence that monkeypox is spreading quickly in the United States, the U.S. Centers for Disease Control and Prevention says. But the agency has pulled a small number of monkeypox vaccine doses from the Strategic National Stockpile to be given to the close contacts of infected people, including health care workers and family members.

The first human case of monkeypox was reported in the Democratic Republic of Congo in the 1970s. Since then, most cases have occurred in Central and West Africa, but cases linked to international travel or imported animals have been reported elsewhere. There were two U.S. cases linked to travel last year.

The monkeypox virus belongs to the Orthopoxvirus genus, which also includes the smallpox virus, the cowpox virus and the vaccinia virus used in the smallpox vaccine. Despite its name, chickenpox is not related to the poxviruses. It is caused by the Varicella zoster virus.

Monkeypox spreads through close physical contact with an infected person or through contact with contaminated material, like feces. But it does not spread nearly as easily as smallpox or COVID-19, which is caused by a coronavirus and spreads by small, airborne particles.

"You need to be very close for a long period of time," said DeHaven, who did his doctorate and post-doctorate work on pox viruses. "The highest risk of exposure is for health care workers who treat an active infection and the families of the person with monkeypox."

Though monkeypox is not considered a sexually transmitted disease, the World Health Organization says the current outbreak is primarily being spread among men having sex with men. The CDC has alerted doctors to consider monkeypox as a possible diagnosis when a patient shows signs of an STD infection like syphilis or herpes.

The most common symptoms of monkeypox are fever, rash and swollen lymph nodes, which may lead to complications. It can take up to a month for all symptoms to resolve, but the virus is not considered as deadly as smallpox or COVID-19, the World Health Organization says.

Not only is monkeypox not as contagious as the virus that causes COVID-19, but it mutates less quickly.

Coronaviruses are encoded in RNA; poxviruses are DNA viruses, Sigal said. Because poxviruses have very specialized enzymes, they evolve much slower.

Though monkeypox outbreaks may be easier to control, complete eradication of the virus is very unlikely because it can spread from animals to humans, Sigal said. Smallpox was very specific to humans, which made it easier to eliminate. The WHO declared it completely eradicated in 1980 after a global vaccination campaign.

The good news is that monkeypox outbreaks tend to burn out quickly and isolating cases and testing cases will accelerate that process, DeHaven said. Vaccination can offer protection to those considered to have high risk, but there is no need for widespread vaccination right now.

"If you have monkeypox, it is very serious, but for the general public, the risk of spread is low," he said.

There are two FDA-approved vaccines that can be distributed to anyone considered high risk. The Jynneos vaccine is administered in two doses and is licensed to prevent monkeypox and smallpox. It is made from a modified, non-replicating form of the vaccinia virus, which stems from the same family as monkeypox and smallpox.

There is also an older smallpox vaccine, ACAM200, that can also be used to prevent monkeypox, but it comes with the risk of significant side effects, especially for people with weakened immune systems. This vaccine is made with a live vaccinia virus that can replicate.

Treatments are also available. People infected with monkeypox can be treated with two drugs, TPOXX and Tembexa, which are FDA-approved to treat smallpox.

These drugs haven't been approved to treat monkeypox, but studies suggest they are effective, Grant McFadden, director of the Biodesign Center for Immunotherapy, Vaccines and Virotherapy at Arizona State University, told NBC News.

"The drugs that have been approved for smallpox have not yet been approved for monkeypox," McFaden said. "But there's excellent data in the filings for the licensure of those drugs where they've been tested against monkeypox in monkeys, and it works very well."

The WHO says the best way to prevent the spread of monkeypox is for infected people to isolate until they are symptom-free. The agency recommends avoiding contact with anyone who may have symptoms, wearing a mask around infected people and keeping hands and surfaces thoroughly cleaned.

People who may have monkeypox symptoms are urged to contact their health care providers, especially if they have traveled to places where cases have been reported or been in close contact with a person confirmed or suspected of having monkeypox.