With 11 cases under investigation, a pizzeria tied to the outbreak has been closed until further notice

By Michael Tanenbaum
PhillyVoice Staff
Illness Hepatitis A
from 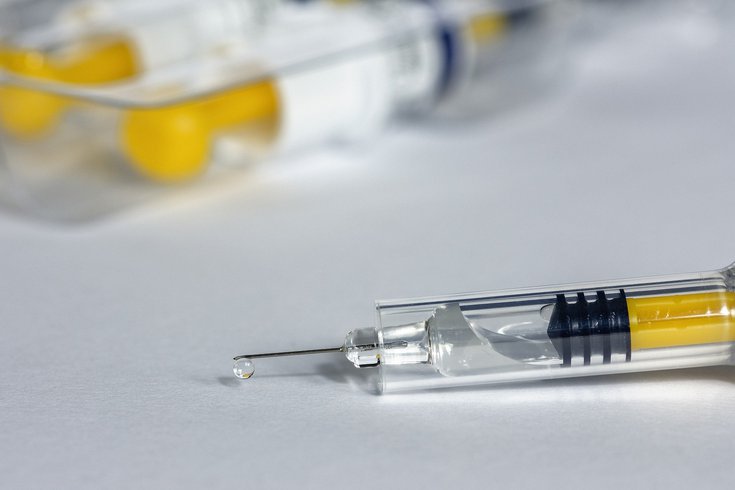 Montgomery County officials confirmed one person has died and another death is under investigation in a hepatitis A outbreak tied to a local Italian restaurant in West Norriton. A total of 11 cases are under investigation and Gino's Ristorante & Pizzeria has been closed until further notice.

At least one person has died from hepatitis A and several others were hospitalized in Montgomery County after an outbreak of the virus that is being linked to a pizzeria in West Norriton, officials said Friday.

The Montgomery County Office of Public Health revealed that Gino's Ristorante & Pizzeria, the restaurant where the outbreak may have originated or spread, has been temporarily closed amid the ongoing investigation. The restaurant is located at 2401 Main St., with a Norristown mailing address, and has been a part of the community for more than 40 years, according to their website.

County officials said 11 hepatitis A cases linked to the restaurant are under investigation, including nine confirmed and two other potential infections. Of the nine confirmed cases, seven people have been hospitalized.

To date, one death is confirmed and another death is still under investigation.

The first exposure is believed to have occurred in late November and no longer presents a risk, but the existence of probable cases that are still being evaluated convinced the county close the restaurant until further notice in the interest of public health.

Hepatitis A is a liver infection caused by a highly transmissible virus. The severity of the infection can range from a mild illness lasting a few weeks to a serious disease lasting several months. Most people who contract the virus do not get seriously ill.

The virus is generally spread when people come into trace amounts of stool from an infected person through food, drink or an object. The disease can also be spread through close contact, like caring for or having sex with with an infected person.

Certain populations are at a greater risk of contracting the disease, including the homeless, drug users and men who have sex with men.

Signs and symptoms of the disease can last up to two months and include fatigue, fever, nausea, stomach pain, joint pain, loss of appetite and jaundice.

Many people, especially children, have no symptoms but can still spread the infection. In addition, a person can transmit Hepatitis A to others up to two weeks before his or her own symptoms appear.

The disease is preventable via a vaccine and the Montgomery County Department of Public Health recommends that anyone who may have come in contact with the virus get vaccinated within two weeks of being exposed, if they have not been vaccinated previously.

Since 2017, Pennsylvania and the nation have experienced several large-scale hepatitis A outbreaks, according to information from the Pennsylvania Department of Health. In October, Pennsylvania was one of 24 states with an ongoing outbreak and officials have been tracking an increased number of outbreaks in Philadelphia over the course of 2021.

To report suspected clusters of hepatitis A, Pennsylvania residents can call (877) PA-HEALTH or their local health departments.