Israel has begun rolling out another booster dose, but some scientists question the need 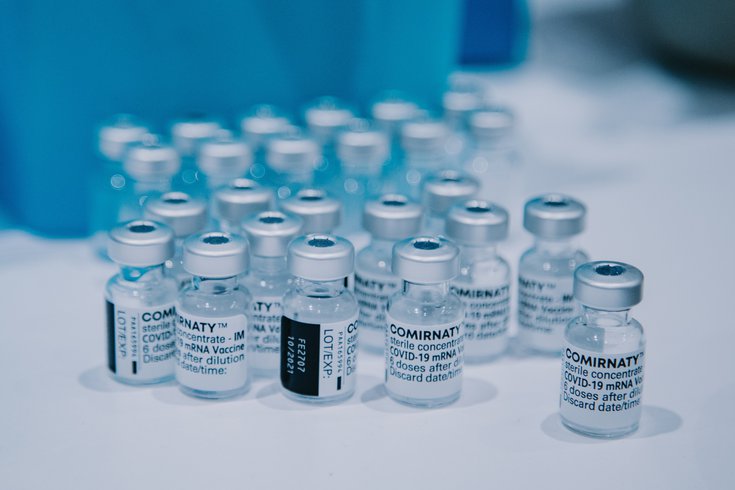 There is no clear consensus among health experts on whether a fourth COVID-19 vaccine dose will offer better protection against the coronavirus. Preliminary data from Israel is encouraging.

With the push for eligible Americans to get COVID-19 booster shots amid the omicron surge, many people are wondering if one booster will be enough to protect against the coronavirus?

Right now, there is no clear consensus among health experts on whether additional doses will increase antibodies significantly. And there is even less information about the long-term safety of additional boosters.

Israel became the first nation to roll out fourth doses of the mRNA vaccines late last month. Adults age 60 and older, medical workers and people with suppressed immune systems can get a fourth dose if it has been at least four months since their third shots.

In Israel, most vaccinated people have received the Pfizer-BioNTech vaccine.

Germany's Health Minister Karl Lauterbach also has said a fourth dose most likely will be needed to maintain protection against the omicron variant, but the country has not yet rolled out a fourth shot.

However, some public health officials, internationally and in the U.S., say the talk of fourth doses is premature considering so many people across the world have not even received an initial vaccination.

Andrew Pollard, chairman of the United Kingdom's Joint Committee on Vaccination and Immunization, has warned that more booster rollouts could take away resources from populations who have no protection against the coronavirus at all.

"We can't vaccinate the planet every four to six months," he told the Telegraph. "It's not sustainable or affordable. In the future, we need to target the vulnerable."

Even some public health officials in Israel, where the rollout of fourth doses is underway, are unsure if additional booster doses will be necessary for everyone.

Hagai Levine, an epidemiologist at Hebrew University and chairman of the Israeli Association of Public Health Physicians, told The Washington Post that it is still unclear whether the protection offered by the first three Pfizer doses will wane enough to warrant another boost among healthy people.

Dr. Anthony Fauci, director of the National Institute of Allergy and Infectious Diseases, has said it is still too early to talk about a fourth dose in the U.S. But that it could be a possibility down the road.

"One of the things that we're going to be following very carefully is what the durability of the protection is following the third dose of an mRNA vaccine," Fauci told WCBS Newsradio 880.

The mRNA vaccines are produced by Moderna and Pfizer-BioNTech. The Johnson & Johnson vaccine, which also is authorized in the U.S., uses a different technology to create an immune response.

Dr. Rochelle Walensky, director of the U.S. Centers for Disease Control and Prevention, told CNN at the time of Israel's announcement that the CDC will be monitoring immunity levels after the third dose and will consider if there is a need for subsequent ones.

Current CDC guidelines allow people who are moderately or severely immunocompromised to receive a fourth dose. But for most adults and teenagers, the U.S. remains focused on getting a first booster dose into as many arms as possible.

Booster doses of the Pfizer vaccine have been authorized for people ages 12 and up, so long as it has been six months since they received their second doses. A Moderna booster is authorized to anyone age 18 and older. And anyone who received the single-shot Johnson & Johnson vaccine is advised to get a booster after two months.

Concerns over the omicron variant and rising case numbers, however, are leading to some Americans with compromised immune systems to seek out unauthorized fourth or fifth vaccine doses despite the lack of data on their safety and effectiveness, The New York Times has reported.

While CDC guidelines were updated in October to allow immunocompromised people to get a fourth vaccine dose six months after their third, this would mean the earliest eligibility would not be until late February.

One of the biggest concerns about countries rolling out additional boosters is that there is little information available on the safety and effectiveness of a fourth dose – especially in the long term.

The Israeli government released initial data on a fourth shot of the Pfizer-BioNTech vaccine this week. The prime minister said the preliminary results are encouraging. There was no increase in adverse reactions and a week after the injection, study participants showed a fivefold boost in antibodies.

It is still unclear if this boost of antibodies will wane quickly. Some health experts question whether all this boosting could weaken the immune system instead of strengthening it.

Others, like Duke University infectious disease expert Dr. Cameron Wolfe and Dr. Cynthia Gay, an assistant professor of medicine at the University of North Carolina, say there is no reason for this to happen, pointing to the effectiveness of flu shots every year.

Gay told CBS17 that the timing of the booster shot is probably the most important factor. If given too early or when it is not really needed, it won't be as protective against the coronavirus.

Many U.S. health experts say it is almost certain that there will eventually be the need for additional booster doses.

"What the Israelis understand – and I think a lot of people understand – is that the longevity of the booster is probably somewhat limited, and that after three or four months, we may start to see a lack of durability of the booster shot," Dr. Jonathan Reiner, a professor of medicine and surgery at George Washington University, said in an interview with CNN.