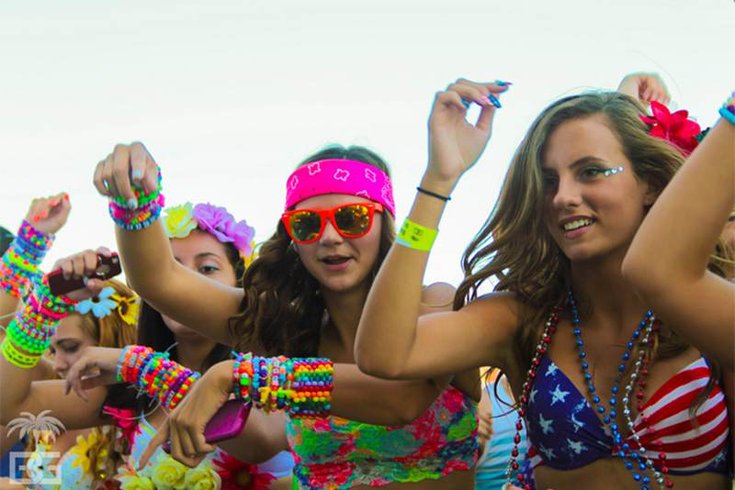 More than 7,000 concertgoers attended the 2014 Beachglow Music Festival on the beach in Wildwood.

The organizers of a charitable music festival have lashed out against the owner's of Morey's Pier for filing a "frivolous" lawsuit to block a two-day event from occurring in Wildwood next month.

On Monday, BeachGlow: Concerts for Charity Inc., issued a sharply worded attack against the "monopolistic" and "hypocritical" Morey Organization for filing suit in New Jersey Superior Court. Morey's sued to cancel the event, planned for the weekend of July 8-9, on grounds that the electronic dance music (EDM) festival lacks legitimacy, is inherently dangerous and will compromise local business interests.

"This case is reminiscent of the 1984 movie classic, 'Footloose,' however, unlike the town in Oklahoma that inspired the movie, Wildwood City has issued a permit to stage the concert – and is also being sued by The Morey Organization," said BeachGlow attorney George J. Singley. "We can only hope that through the legal process Morey's is unsuccessful in its reckless and self-serving efforts to stop the music and impair vital fundraising for worthwhile charities."

In years past, the owners of Morey's Pier have complained that performers uttered profanity on-stage and created an environment that led to multiple arrests for disorderly conduct near the festival. In 2015, the event was moved to Atlantic City but cut short due to inclement weather.

This year's BeachGlow lineup features prominent EDM artists Audien, Slander, Nico Vinz, and Elephante, among others. Funds raised through the festival are earmarked to benefit the New Jersey-based nonprofit Little Kids Rock, a music education organization that has used previous donations to create programs and provide instruments to underserved public schools throughout the Philadelphia area.

Morey's has argued that EDM concerts, in addition to enabling drug overdoses and deaths, run counter to the family resort setting at the amusement piers. The event is expected to draw as many as 7,000 people.

“Wildwood has worked hard to improve its image and establish a successful family resort environment,” Morey’s Piers said in a statement to The Press of Atlantic City. “We’re very proud that families are now choosing Wildwood year after year for their summer vacations and care greatly about the future reputation of the town.”

BeachGlow believes that Morey's is acting inconsistently and in bad faith, having previously supported the Foam n' Glow EDM Party at the Wildwoods Convention Center, which returns this year on July 2. That festival permits tickets to be sold to individuals as young as 16, despite Morey's efforts to raise the minimum age to 18 for BeachGlow.

Jack Morey, co-owner of The Morey Organization, serves on the board of the Wildwoods Convention Center.

BeachGlow founder Dane Kunkel says his organization has made accommodations for this year's festival in light of Morey's complaints. The event was moved to the weekend after Independence Day, the location was shifted to Burk Avenue beach and a promise was made that any profanity would result in cut microphones.

"I created BeachGlow because I witnessed the power music has to tear down barriers among all walks of life, and bring people together for a common cause," Kunkel stated in a court filing.

No decision was reached by Superior Court Judge Nelson Johnson at a hearing on the dispute held Monday in Atlantic City.