How to get more Americans to volunteer 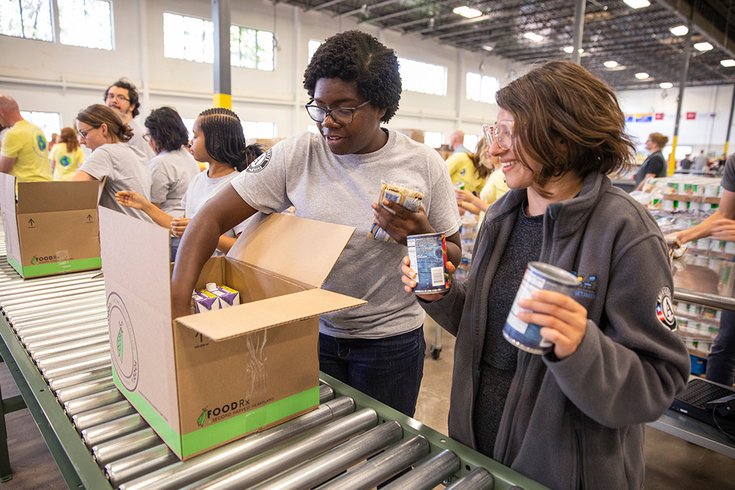 Alexis de Tocqueville, the 19th-century Frenchman fascinated by U.S. life, praised what he saw during his travels across the new nation as an unusual eagerness to volunteer.

Today, Americans volunteer as everything from youth basketball coaches to museum docents. This tradition of devoting personal time to a good cause has become a cornerstone of how public services are delivered, with government programs and nonprofits alike leaning on volunteers to stretch their budgets and meet the needs of a wide array of communities.

Unfortunately, the share of Americans who volunteer has stagnated and started to dip. As scholars who have looked into this trend, we believe it’s important to reverse that decline before it takes a toll on public-serving operations like firefighting and child protective services that rely on volunteers to expand what paid staff can accomplish on their own.

THE SOURCE OF STAGNATION

About 25 percent of Americans volunteered in 2015, according to federal data, compared to a global average of just 10 percent.

At the same time, as scholars who do research about U.S. volunteering, we’re disappointed. The volunteering rate has declined slightly from 27 percent in 2002 despite the efforts of many American leaders like former Presidents Barack Obama, George H.W. Bush and Jimmy Carter and organizations like Points of Light and Volunteer Match to create policies and programs aimed at increasing it.

While researching how organizations successfully work with volunteers, we learned that leaders are often both unaware of and unable to spot shortcomings in their own programs – drawbacks that can lead to volunteer burnout, discouragement and turnover.

Learning about the most common pitfalls can enable nonprofit managers to do this part of their job better by showing the staff what changes they need to make to be more supportive of volunteers’ efforts.

Volunteering, to be sure, is still a very popular activity. More Americans say they use some of their free time to volunteer than, say, spend time with family and friends or going to movies.

Likewise, nonprofits like getting what may look like free labor. Many government-funded programs get a boost as well. And businesses, which sometimes use volunteering for team-building opportunities, see it as a way to burnish their images.

Volunteers themselves report that lending a hand makes them feel happier and more fulfilled.

One reason why the volunteering rate has stagnated could be because of how the government programs that are supposed to increase it are funded. The Corporation for National and Community Service, the federal agency responsible for volunteerism and service, operates on a relatively small budget that typically runs around US$1 billion. It uses this money to run programs like AmeriCorps VISTA and Senior Corps.

The Trump administration has suggested eliminating the agency altogether in its first two yearly budget proposals, but we hope the agency’s broad bipartisan support will prevent that.

Oddly enough, volunteering is ticking down even though the value of volunteer labor, a rate that organizations can use to estimate what the time volunteers donate is worth. This rate rose from $16.27 an hour in 2001 to $24.14 an hour in 2016, according to Independent Sector, a national coalition dedicated to preserving and expanding voluntary action, philanthropy and other forms of doing good.

As we explain in our recent peer-reviewed article, authored with the volunteering expert Jeffrey Brudney, nonprofits should accept that they need to invest in their volunteers.

Despite the widespread myth that volunteer labor costs nothing, engaging people who give their time to a cause productively takes time and money. Volunteers must be actively managed – just like staff.

Accordingly, groups working with volunteers should have someone on their staff with the requisite skills to oversee volunteering. Many organizations lose volunteers because they don’t recognize and value volunteers’ contributions or do enough to train them.

People who volunteer want to do meaningful work, and they hate to waste their time. Even something as simple as writing up volunteering job descriptions can bring greater clarity and meaning to their work. Yet most nonprofits fail to follow this best practice. Only 44 percent of charities indicate that they use volunteer job descriptions effectively.

Based on our research, we came up with several best practices that nonprofits should follow when cultivating volunteers, such as ensuring that everyone managing volunteers has the training they need and figuring out what motivates their volunteers.

Volunteers will almost always become more enthusiastic about their unpaid work if it’s connected to their personal interests, abilities and passions. Volunteers want to really feel that they are really helping someone and they want to know that they will have the support necessary to do a good job.

MAKE IT EASIER TO HELP

Not all organizations are equally able to attract volunteers. Even something as simple as access to public transportation and free or cheap parking can affect how many people are willing to volunteer at a particular location.

Some groups might need to spend more time and money to recruit volunteers than others, depending on their missions. Volunteers may be more eager to help children and puppies than to fight for marijuana legalization or a new park.

Effectively screening prospective volunteers and establishing systems that make volunteers more reliable and productive can make a difference. When necessary, a group can even stop letting someone volunteer if they cause problems or break rules.

Some communities, such as the small town of Beloit in southern Wisconsin, are trying to fix this problem with volunteering centers, offices that match people who want to volunteer with local groups seeking extra hands. These groups often teach nonprofits how to make better use of volunteers.

But every group can increase its pool of volunteers and get better at keeping the ones it already has by documenting and describing how volunteers are making a difference. Those simple steps can motivate volunteers and staff to keep working together to achieve the group’s mission.

After all, time is what volunteers – who might prefer to, well, do something else with their free time – are giving these organizations.