Check out who's playing and where, then pack your bag and go 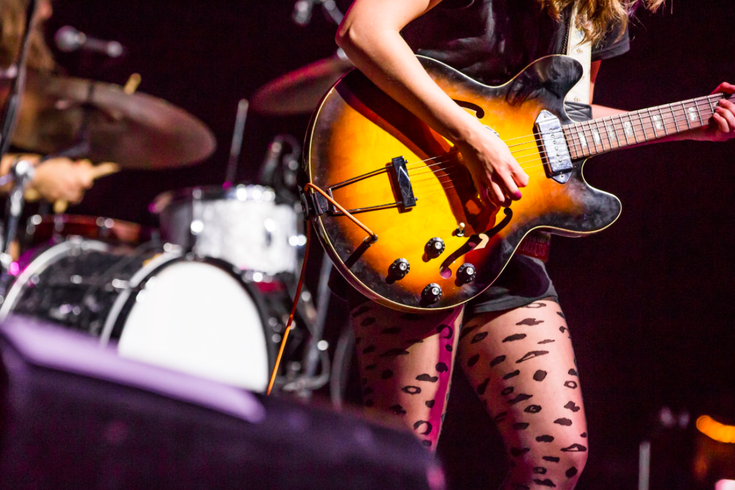 OK, so summer is truly music festival season, but if you're itching for an outdoor concert with thousands of your closest friends, you can find some great options across the country as early as March 1.

Our roundup includes 15 upcoming festivals. A few of the biggest happening in March are Art+Style, SXSW, Ultra and In Bloom.

Find date, location and info for each music fest below.

RELATED: Billy Joel to perform at Citizens Bank Park for fifth year in a row | Will Walk the Moon create another earworm song?

This four-day music and arts festival takes place in Florida at an area called Sunshine Grove. The lineup includes Halsey, Travis Scott, Snoop Dogg with The Roots, Arcade Fire, Bassnectar and so many more.

Head to Phoenix, Arizona, for three days of live performances. A few of this year's artists are Father John Misty, Dr. Dog, Big Gigantic and O.A.R.

All proceeds from the festival will be donated to charity.

This music festival takes place at Six Flags in San Antonio, Texas. And yes, full access to the amusement park is included.

More than 20 artists will perform on multiple stages in the park, including Logic, Deftones, Alessia Cara and Bishop Briggs.

Head to San Diego, California, for two days of music by the seaside. Empire of the Sun, Gorgon City and Little Dragon are a few of the performers.

Traveling musicians en route to Austin's prestigious SXSW Music Conference are invited to play at this festival, which is heading into its eighth year.

Oh, and you can drink in the streets – if that's your style.

New Orleans, Louisiana, is known for its live music year round. For two days, artists from all over will perform in the city at the BUKU Music + Art Project. Bassnectar, Migos, SZA, MGMT and many more will be there.

This is truly a bucket-list festival. Thousands of performers from all over the globe will be showcasing their talent in Austin, Texas.

The 2018 edition of SXSW Music includes a mix of emerging and established artists.

In Southern California, the EDM-centric Beyond Wonderland festival will take place mid-March.

Attendees can expect some of the biggest names in EDM, four stages, art installations and costumed characters.

This music festival in Arizona takes place over St. Patrick's Day weekend. Big Head Todd and the Monsters, Pepper, Phil Lesh and the Terrapin Family Band, DeJ Loaf and PnB Rock are a few of the Pot of Gold Festival performers.

Pack your bags for Boise, Idaho. The Treefort Music Festival lineup includes Rapsody, Jamila Woods, Princess Nokia and many others.

"A dynamic, interactive experience that explores connections between musicians and artists, crossing all musical genres while interfacing with film, performance and the visual arts," states the festival's website.

Queens of the Stone Age, Young the Giant, Cold War Kids, The Avett Brothers, The Head and the Heart, The Decemberists, Counting Crows, Dispatch, Citizen Cope and Chris Stapleton are performing at this year's Innings Festival in Temple, Arizona.

It's a Spring Training celebration for both music lovers and baseball fans.