I friggin’ love the Champions Classic. The nonconference portion of the college hoops schedule is filled with so many terrible games, so for four marquee programs (Kentucky, Duke, Kansas, Michigan State) to say “Yeah, we’ll play a round-robin every year” is just awesome. I’m sure it doesn’t hurt each school’s recruiting pitch, either.

Think about this: The Sixers’ last three top picks (Nerlens Noel, Joel Embiid, Jahlil Okafor) all played in this event, each for a different school. This year, the marquee matchup from a prospect standpoint was the early game, Kentucky vs. Duke. In a matchup of top-five teams, the Wildcats cruised fairly easily to a 74-63 victory over the defending national champs.

Primarily, we will focus on the three prospects that, as of now, are projected to go in the top ten. All are true freshmen.

In his halftime interview, John Calipari used the stage to call out his freshman big man. “Skal wouldn’t fight,” Cal said matter-of-factly. He wasn’t lying: The 19-year-old Labissiere got bullied on the defensive glass by the much older and stronger Marshall Plumlee (enough with them already!). I enjoyed this line from Jonathan Tjarks: If he thinks Marshall was a problem, wait until he goes up against Miles and Mason.

Labissiere was in foul trouble all game. He showcased a solid midrange jumper in a 26-point effort against local powerhouse NJIT a few days before, runs the floor very easily, and looks to be a decent pick-and-roll player. I’m not sold that Skal should be considered the best prospect in the draft, mostly because his frame is a little worrisome. It’s Nerlens-y, and I don’t see him protecting the rim and causing havoc like Nerlens does. To be fair to the young man, his 10.6% block percentage so far is more than respectable. 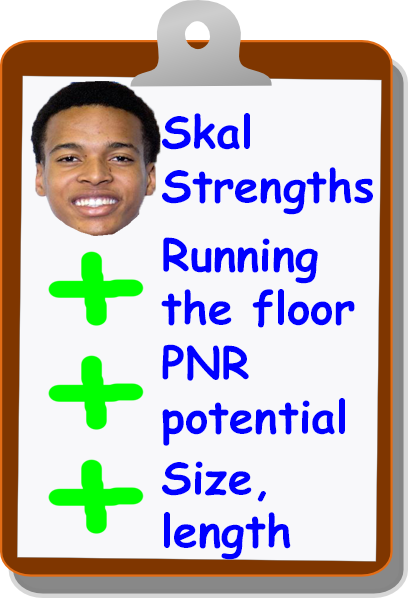 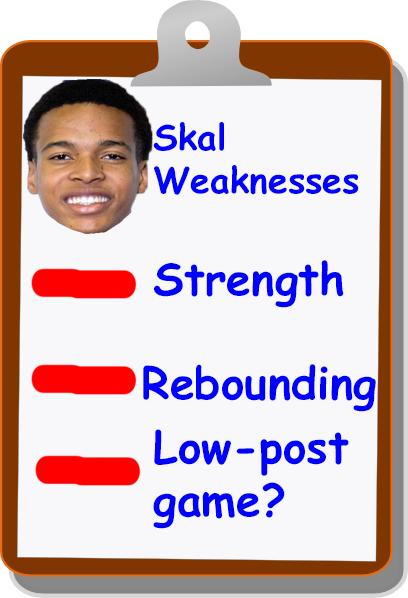 Numbers sometimes lie, but Ingram’s don’t: He was flat-out brutal in this game. In particular, he had no prayer of staying in front of Kentucky’s guards on the perimeter, particularly Jamal Murray (who we’ll get to in a minute). A couple of times I found myself yelling “GET IN A STANCE!” at my television. OK, that didn’t really happen, but I was sure thinking it. Ingram obviously wasn’t great on the other end either, as he committed a couple of offensive fouls.

And yet, this guy looks like a helicopter out on the floor. That twisting spin move against Kentucky’s long defense came so easy. Ingram can shoot and handle the ball a little bit too, so there should be a little less worry about him getting his own shot in due time. This is heresy, but he kind of reminds me of a watered-down version of Kevin Durant from a length/mannerism standpoint. Despite being three inches shorter, Ingram’s wingspan is longer than Labissiere’s.

Ingram still has to put a lot together to reach his potential, but man, there is also a ton to work with here. Si, si, I’m very intrigued. 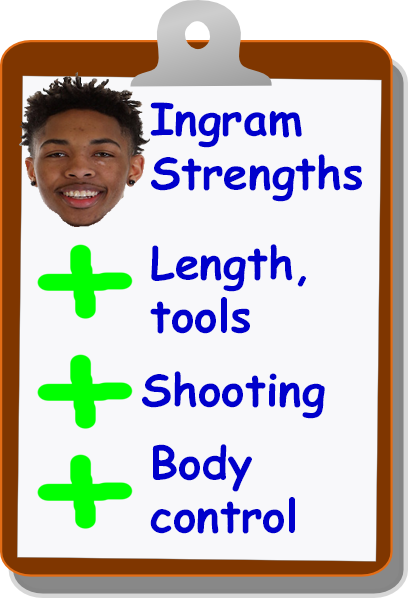 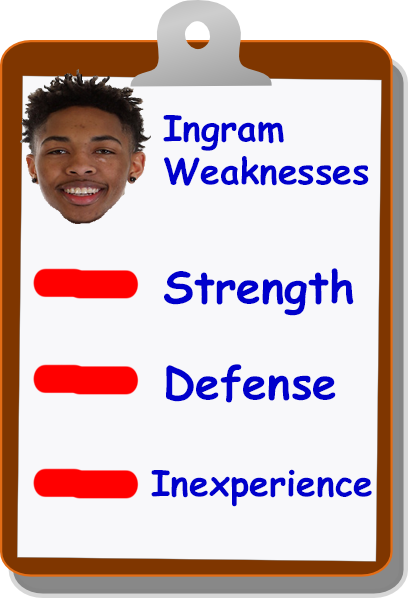 Of the “Big Three,” this was your winner on Tuesday night. Murray is in an interesting spot because he’s a point guard sharing the floor with two other point guards (Tyler Ulis, Isaiah Briscoe). He shot 2-3 from beyond the arc against Duke, and both of those came off the ball running off screens a la Ray Allen. Murray has a really pretty stroke when he gets his feet set. He also made some brilliant reads out of the pick-and-roll. Overall, Murray seems like a fun guy to play with. Not only does he generally make the correct pass on time, he’s always quick to offer his teammates emotional support.

So, what is with the 7-17 shooting then? Despite having great size for the point guard position, Murray isn’t a very explosive athlete, and you could tell that on a bunch of attempted finishes around the rim. Two free-throw attempts is also not great. Even on his best move of the night (a beautiful reverse layup around Plumlee), you could see how hard that he had to work to get that shot off. 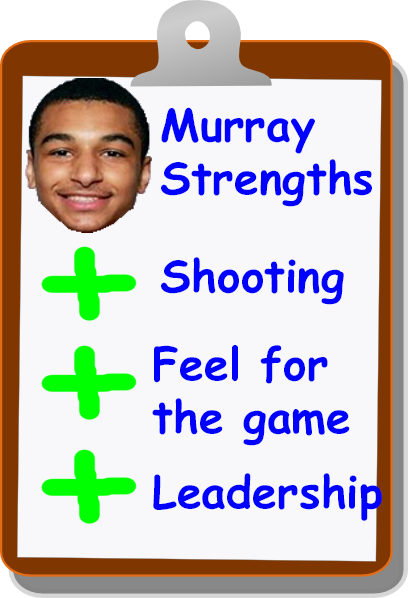 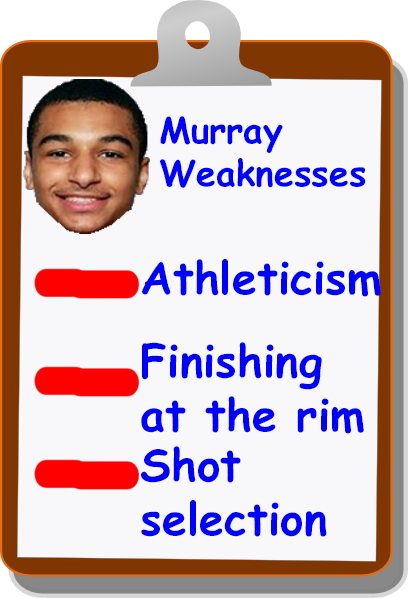