NBA Power Rankings Roundup: Sixers in danger of falling out of Top 10 entirely 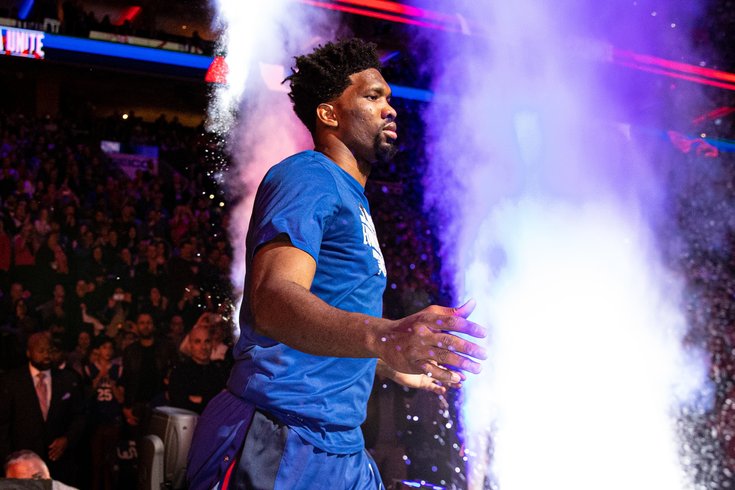 After going 1-1 last week — mostly without Ben Simmons, who suffered a back injury in practice following the All-Star break and tweaked it early on against the Bucks — the Sixers are currently 35-22 and in fifth place in the Eastern Conference.

With just 25 games left to go, time is running out for Philly to make a move in the standings and try to grab home court advantage for at least the first rounds of the playoffs. Currently, they're a game and a half behind the Heat for the fourth spot and four and a half behind the Celtics for the third.

The good news for Philly is that they have one of the easiest schedules in the NBA down the stretch — but one that includes a tough road trip beginning on Sunday. In the meantime, the Sixers will have to deal with Simmons' absence, however long it lasts. He'll be out for at least Monday night's game against the Hawks, but most likely longer.

Before the Sixers return to action in South Philly, let's take a look at where they stand in the latest round of NBA power rankings...

The Sixers beat the Nets in overtime before being blown out by the Bucks on national TV on Saturday. The major concern for Philly right now is Ben Simmons, who missed the Brooklyn win and left early against Milwaukee with a back injury. He's set to be evaluated, but he was not moving well when he exited the game against the Bucks. The Sixers rely on Simmons on both ends of the court, so they'll need him healthy as they vie for playoff positioning.  [Colin Ward-Henniger, CBSSports.com]

Breaking it down: This seems a little high for the Sixers, especially considering their current place in the standings and the fact that they're playing without one of their All Stars for who knows how long. Of course, this ranking was too high last week, and after the team split its two games in the interim, it's hard to fault CBS for not dropping the Sixers. I'm fine with that part of it. Despite Simmons' currently unknown status, the Sixers have some winnable games this week against the Hawks, Cavs and Knicks before a tough West Coast trip that begins on Sunday against the Clippers.

Ben Simmons carried the Sixers with Joel Embiid out of the lineup for two weeks, and it may now be Embiid’s turn with Simmons battling a back injury. Embiid should be up to the challenge, at least in the coming week as the Sixers face a trio of Eastern Conference welterweights. The true test comes as the calendar turns to March. Philadelphia will kick off a four-game road trip on March 1, beginning with contests against the Lakers and Clippers. If Embiid can shine out West, the Sixers will be taken far more seriously as Finals contenders.  [Michael Shapiro, SI.com]

Breaking it down: Somewhere around 10th or 11th seems about right for the Sixers at this point.

Joel Embiid has now shot 25-for-83 (30%) in five games against the Bucks and Raptors. In Milwaukee on Saturday, Embiid was 2-for-12 in the paint, unable to get clean looks against the Bucks' defend-the-rim-at-all-costs defense. And without the league's leader in 3-point assists (Ben Simmons), the Sixers couldn't take advantage from the perimeter.

The Sixers now have bigger issues than the fit between Simmons and Embiid, with the point guard's back problem at the top of the list. Tobias Harris has a bruised knee and Al Horford is having a brutal February. He has shot 32% (with just five free throw attempts) and the Sixers have been outscored by more than 12 points per 100 possessions in his 216 minutes this month.

They have just three games remaining (all at home) within the top six in the East, but the Sixers will face both the Clippers and Lakers on the four-game trip that begins Sunday.  [John Schuhmann, NBA.com]

Breaking it down: Again, no complaints about where the Sixers are — or with the fact that they didn't move at all after a 1-1 week. That being said, with all the negative talk surrounding the Sixers, it's surprising that so many national writers still seem to think they have a chance. Like, even the above description reads like they're about to drop the Sixers five spots down the rankings. But nope, they stay exactly where they were last week. Go figure.

Philadelphia's 9-20 record on the road and Saturday's 21-point loss at Milwaukee are certainly cause for concern, but they seem minor compared to the health of Ben Simmons. He missed the 76ers' first game following the All-Star break with lower back soreness, and he left during the first quarter of Saturday's loss with more back pain. Simmons will not play Monday against the Hawks as he undergoes further testing, and any length of time missed could shut the door on the 76ers' chances of home-court advantage in the first round of the playoffs.  [Bobby Marks, ESPN.com]

Breaking it down: Here's another one where it reads like they're going to drop the Sixers right up until they don't. That being said, no complaints about this ranking.

Philadelphia has been a bit of a roller coaster this season. And news that broke Sunday could signal another dip for the Sixers.

"After lower back injury on Saturday, Ben Simmons underwent initial evaluation in Philadelphia today and will undergo further testing tomorrow..." ESPN's Adrian Wojnarowski tweeted. "He will be out for Monday's game vs. Atlanta."

Simmons was in the midst of a dominant stretch. Over 19 games from the turn of the calendar to this injury, he averaged 21.3 points, 9.4 rebounds, 7.9 assists and 2.2 steals, though Philly was actually minus-14 in his minutes.

With Joel Embiid healthy, the 76ers should be able to survive his absence. Over the course of the season, Philadelphia is plus-10.3 points per 100 possessions when Embiid is on the floor without Simmons, compared to plus-2.8 when Simmons is on without Embiid.

With the Hawks, Cavs and Knicks next up on the slate, the Sixers might actually be able to make up some ground while Simmons recovers.  [Andy Bailey, BleacherReport.com]

Breaking it down: This was the only ranking all week in which the Sixers actually climbed, and I'm still trying to make sense of how that happens. Albeit without Simmons, the Sixers needed overtime to beat the Nets at home, and then they went to Milwaukee and got blown out by the Bucks. I get that this Sixers season has been one heck of a roller coaster ride, but this doesn't seem to be a week they should be climbing, especially if you think the Simmons news could cause a "dip."

The Sixers had a good win against Brooklyn, but they followed that up with a disaster against Milwaukee. On top of that, the Sixers got bad news with a back injury to Simmons. Hopefully, the back injury isn’t serious and he can be fine with plenty of time for this team to build toward the playoffs. But as of right now, the Sixers don’t seem to be in a great place with their two stars gelling, even when they’re healthy and on the court together.  [Zach Harper, TheAthletic.com]

Breaking it down: While his analysis is spot on, I think Zach probably dropped the Sixers one or two spots too many, but he probably had them a little higher than they deserved in the first place, since 11th feels about right for this team.