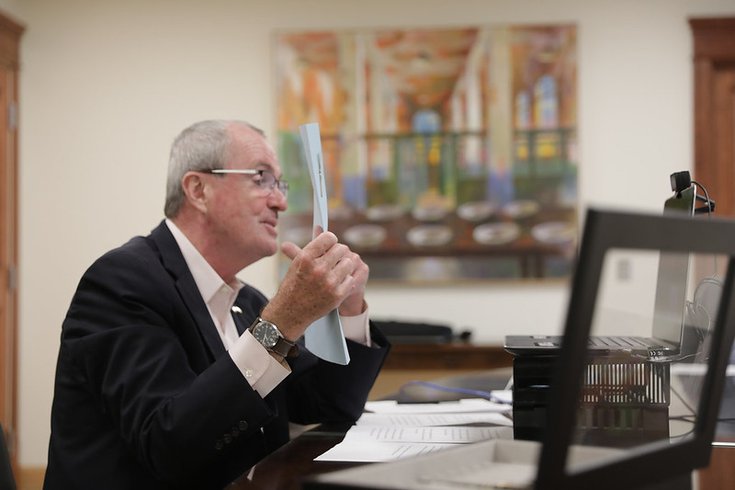 'New Jersey is stronger when everyone is given the opportunity to contribute and everyone is given a chance to live their American Dream,' Gov. Phil Murphy says after signing a law that makes undocumented immigrants eligible for professional and occupational licenses.

New Jersey will begin approving professional and occupational licenses to undocumented immigrants if they meet all other benchmarks.

Gov. Phil Murphy signed a bill that prohibits lawful presence in the U.S. as a qualification to obtain a professional or occupational license. The bill passed both houses of the state legislature earlier this summer.

New Jersey is the first state on the East Coast to remove immigration status barriers to all professional and occupational licenses. The state's 500,000 undocumented immigrants are now be eligible for licenses in industries such as nursing, counseling and cosmetology.

"This law sends a simple, powerful message that immigration status can no longer be used as an excuse to discriminate among equally educated, trained and qualified individuals. As we look toward our shared economic future, we must ensure that no one is left behind and everyone who puts forward the effort can succeed."

Under a federal law passed in 1996, states can pass legislation allowing undocumented immigrants to receive certain state and local public benefits, including professional and occupational licenses.

"As an aspiring doctor, I faced barriers to pursuing a career in medicine due to my immigration status at a moment when our state needs us most," said Rivas, who also serves as a youth leader at Make the Road New Jersey. "Today, I no longer have to watch from the sidelines, I can pursue my degree and be there to provide aid to our most vulnerable New Jerseyans."

"By welcoming all qualified individuals into our professional ranks, we not only benefit from their contributions to our economy, we are building and strengthening communities across our state," Grewal said.