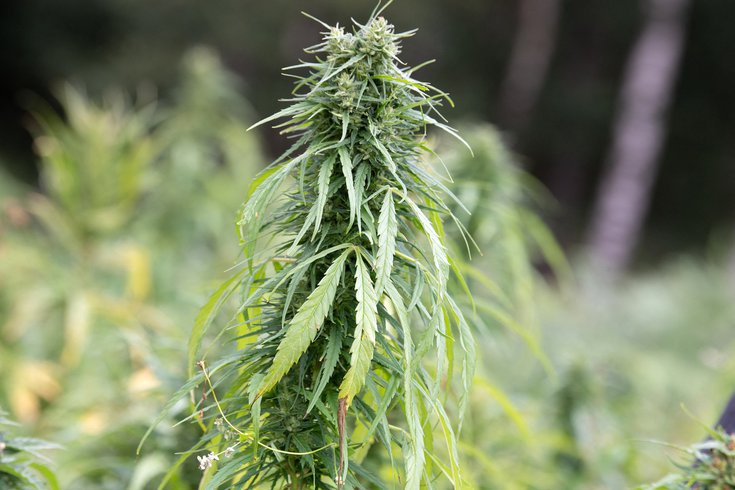 New Jersey's Cannabis Regulatory Commission will be tasked with setting up rules and regulations for the growth and sale of recreational marijuana in the state, which is now the 13th in the country to officially legalize adult-use cannabis.

After a lengthy legislative battle, New Jersey Gov. Phil Murphy signed three bills into law on Monday that legalize and decriminalize adult-use recreational marijuana for people over the age of 21 years old.

With a Feb. 25 deadline fast approaching for two of the bills, Murphy put pen to paper making New Jersey the 13th state to legalize marijuana for recreational purposes.

"This legislation will establish an industry that brings equity and economic opportunity to our communities, while establishing minimum standards for safe products and allowing law enforcement to focus their resources on real public safety matters," Murphy said. "Today, we’re taking a monumental step forward to reduce racial disparities in our criminal justice system, while building a promising new industry and standing on the right side of history."

About two-thirds of New Jersey residents voted in favor of marijuana legalization on a ballot referendum in last November's election. The referendum followed failed legislative efforts in the state over the past few years.

Thousands of people in New Jersey were arrested for marijuana offenses during the period between November's referendum and Murphy signing the law on Monday.

Reactions to the the long-awaited measure spread across Twitter on Monday afternoon.

Weed is legal in New Jersey. Now the whole state is the Holland tunnel.

Murphy delivered on marijuana legalization and made New Jersey one of only two states where COVID cases & hospitalizations were below the national average throughout the majority of the pandemic.

IMO, a second term as governor is all but a guarantee for him at this point. https://t.co/CM2UMbYDo2

reminder to my fellow New Jersey residents; now that marijuana is legal here it is no longer cool. sorry, I don’t make the rules.

Marijuana is legal in New Jersey as of today. Massive blow to suburban police forces who I can personally attest often had nothing better to do than strenuously investigate petty marijuana offenses

Now it's a race to see who makes the first weed bagels.

The bill is now being sent to @GovMurphy to sign! A huge day for the Garden State and a much needed reform to the racist/classist drug war policing in the state! pic.twitter.com/QyBD74yVmj

Nationwide arrest data published in 2018 reported that New Jersey ranked third in the nation in total marijuana arrests and second only to Wyoming in per capita marijuana arrests.
So, what are the cops going to do with all that extra time on their hands?

PA & NY, be warned: You are about to lose BILLIONS in legal marijuana sales to the state of New Jersey. Residents from both states will flock to NJ, boosting their economy as PA & NY’s flounder.#LegalizeIt

The primary legalization bill establishes a Cannabis Regulatory Commission that will create regulations to govern both the medical and adult-use industries and oversee applications for licensing of cannabis businesses.

"At long last, New Jersey is turning the page on our previous treatment of marijuana use," said Dianna Houenou, incoming chair of the CRC. "I am excited to get to work building on the successes of the medical program and standing up the adult-use cannabis industry. It's an honor to be part of this historic movement in New Jersey."

Most tax revenue from the sale of legal marijuana will be reinvested in dedicated "impact zones" to support disadvantaged communities in New Jersey. A portion will be used to fund police department programs to train drug recognition experts and for the upcoming Cannabis Regulatory Commission, according to NJ Advance Media.

The decriminalization law allows people to possess up to six ounces of marijuana without legal consequence and creates a pathway to vacate active sentences for certain marijuana offenses committed prior to enactment of the legislation.

"Starting immediately, those who had been subject to an arrest for petty marijuana possession — an arrest that may have kept them from a job or the opportunity to further their education — will be able to get relief and move forward,” Murphy said.

Growing marijuana and distributing it without a license will remain illegal under the new laws.

The most contentious bill Murphy signed Monday deals with underage penalties for those who use marijuana. The law now prevents police from stopping people on the basis of detecting the odor of marijuana, only enabling them to give warnings. Police officers who go beyond this and wrongfully detain people may be subject to charges for deprivation of civil rights.

The state's Police Benevolent Association slammed the third bill in a statement on Monday, calling its language "anti-police rhetoric."

"Underage users of marijuana will be free to smoke it anywhere, including in places the bill says is illegal, because merely stopping a person to enforce the law is now illegal for police," the PBA said.

New Jersey Senate President Steve Sweeney celebrated the legislation as a big step toward correcting past wrongs and a developing a thriving industry in New Jersey.

"We can now move forward to correct social injustices at the same time that marijuana is made legal for adults. This will launch a new cannabis industry with the potential to create jobs and generate economic activity at a time when it is desperately needed. The decriminalization law is the most sweeping measure of its kind in the country and is a groundbreaking step in our continued effort to make criminal justice reforms that are fairer and more effective. This will help reduce the racial disparities and social inequities that have long plagued our criminal justice system.”

40% of our population is now *officially* a 30 minute drive or less from a candyland of legal weed.

New York also is expected to legalize recreational marijuana for adults this year.

Building out New Jersey's infrastructure for recreational cannabis likely will take much of the remainder of 2021. The state currently has 13 medical marijuana dispensaries. The Cannabis Regulatory Commission will have six months to set up rules and regulations before seeking new licensees for businesses.

In the meantimes, arrests for marijuana offenses should begin to plummet as New Jersey establishes the parameters of the state's new recreational cannabis industry.