Free tickets to the event, dubbed We Love NYC: The Homecoming Concert, can be reserved starting Monday, Aug. 2; Proof of vaccine required for all attendees 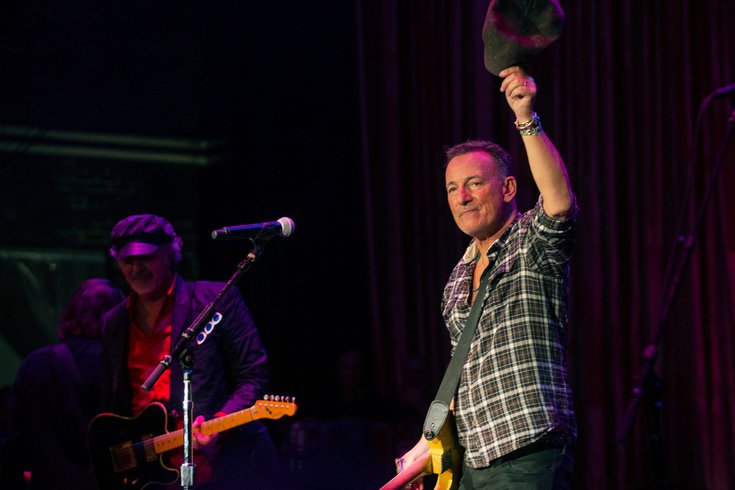 The free concert in New York City's Central Park takes place Aug. 21. Monday, Aug. 2, is the first day people can start to reserve free tickets to the event celebrating the city's recovery from the COVID-19 pandemic. Everyone attending the concert must provide proof of vaccination. Bruce Springsteen, above, is one of the concert's headliners, with Paul Simon, Jennifer Hudson, Carlos Santana, The Killers, LL Cool J, Journey and others.

Earlier this week, New York City Mayor Bill de Blasio announced the lineup, along with confirming the concert's date and providing details about how people can begin reserving free tickets starting Monday, Aug. 2. The event is intended to spur tourism in New York and celebrate the city's COVID-19 recovery.

Attendees must provide proof they have been vaccinated against COVID-19, city officials said. The concert is being called the "We Love NYC: The Homecoming Concert."

The concert will take place on Central Park's Great Lawn, which has the capacity for 60,000 people, the New York Post reported.

While some VIP tickets went on sale on Thursday, 80% of the tickets to the concert are free. Those will be released in batches at Homecoming2021.com at the following specific dates and times:

"Maybe you could compare it to Woodstock, but this is unprecedented," de Blasio said at a press briefing Tuesday. "I have never heard of a concert with that kind of lineup."

Clive Davis and Live Nation are producing the concert.

"It will celebrate a spectacular range of musical genres, styles and eras, while including some of the most iconic artists in the history of modern music," said Davis.

All attendees must show proof that they have received at least one dose of a COVID-19 vaccine upon their arrival to Central Park. This also means only people 12 and older will be admitted because the COVID-19 vaccines have not yet been approved for anyone younger.

Only one vaccine dose is required, de Blasio said, because even one shot offers some protection against the virus. Earlier plans were to separate vaccinated and unvaccinated members of the audience into different sections, but because of the rapid spread of the Delta variant of the coronavirus, that was scrapped.

This will be the main event of NYC's Homecoming Week, a citywide celebration that runs Aug. 14 to 22. There will be free movie screenings, cultural activities, public art and more. There will be additional live concerts produced by the Universal Hip Hop Museum in the Bronx, Staten Island, Brooklyn and Queens. NYC Restaurant Week and Summer Streets will take place that week, as well.