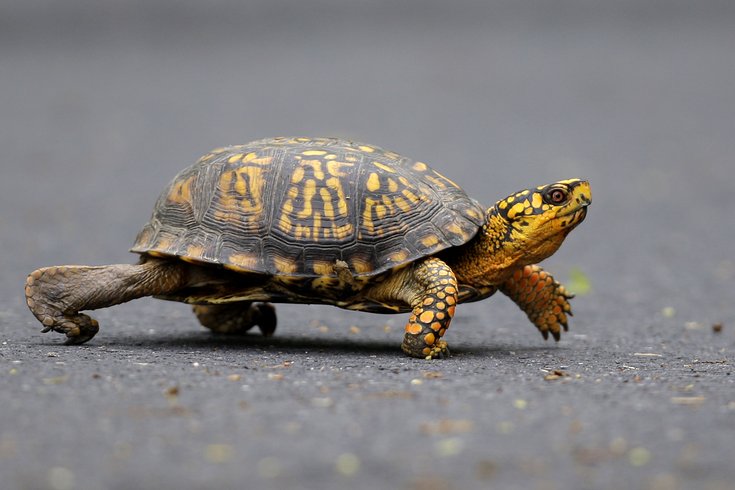 A male Eastern box turtle moves across a path at Wildwood Lake Sanctuary in Harrisburg, Pa.

According to court papers, he purchased the turtles from an unidentified individual living in West Virginia and others, and then advertised them for sale on wildlife trade websites to buyers in New Jersey and elsewhere.

Elfers would then ship the turtles to buyers in New York by tying the turtles in tube socks to restrict their movement and packing them in boxes not appropriate for shipping live animals, federal prosecutors say.

A federal law prohibits the interstate sale of wildlife with a market value of more than $350.

Elfers' sentencing is set for Sept. 29.