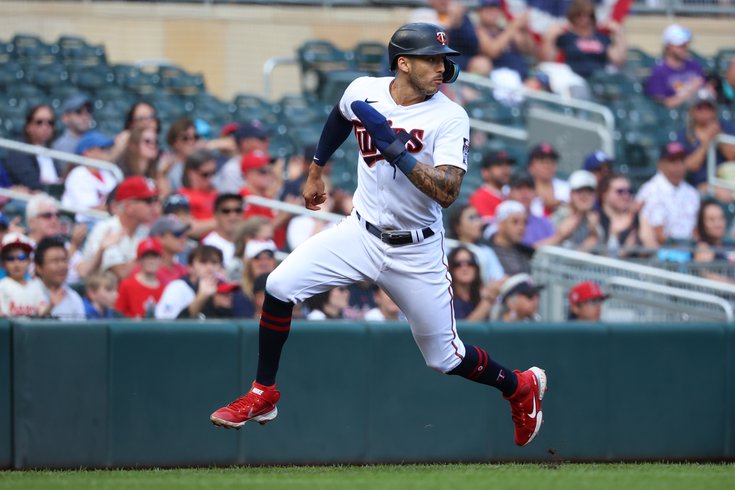 Carlos Correa runs away from the NL East.

The Mets added another big contract overnight, with star shortstop Carlos Correa reportedly agreeing to a 12-year, $315 million deal after the offer he initially took with the San Francisco Giants fell through.

Correa was supposed to be introduced by the Giants on Tuesday, but the press conference was abruptly postponed after a medical concern was flagged during his physical, according to the Associated Press.

What the exact concern was isn't clear, but Correa has had durability issues throughout his career, and the circumstances were enough for a 13-year, $350 million deal in San Francisco to fall apart while opening a window for the Mets to swoop in.

Correa’s Mets deal is pending a medical. Something arose on his medical with the Giants, which caused the 13-year, $350M deal with the Giants to fall apart. It was said only not to be a back issue, which had cropped up earlier in Correa’s career but hasn’t sidelined him in any of the last three seasons.

Cohen, who recently lamented falling short on Correa, worked out the deal from Hawaii, where he was, with Correa’s agent Scott Boras over what was said to be a four or five-hour period following what Boras termed a “difference of opinion” over Correa’s Giants medical.

“This really makes a big difference,” Cohen said. “I felt like our pitching was in good shape. We needed one more hitter. This puts us over the top.” [New York Post]

MORE: Winners and losers of the Phillies' offseason so far

He was one of the handful of big free-agent shortstops on the market and perhaps would've been one of the backup plans for the Phillies had they not picked up Trea Turner as their star infielder for the next 11 years.

Pending a physical, he'll still be on his way to the NL East, but for a Mets team that has spent huge this winter after a 101-win season collapsed down the stretch, costing them the division crown and ending in a whimper of an exit in the Wild Card round.

Presumably, Correa will move to third base to keep Francisco Lindor at short, similar to how the Yankees handled Alex Rodriguez and Derek Jeter back in the day – a bit ironic considering the Mets seem to be trying to buy their way past their problems just like those early-mid 2000s Yankees teams did for years.

The Phillies have also spent big this winter – bringing in Turner, Taijuan Walker, and Matt Strahm – but as a means to make that last push to a World Series title after an 87-win 2022 took off in October and captured an NL Pennant.

MORE: Red October made the Phillies a destination again