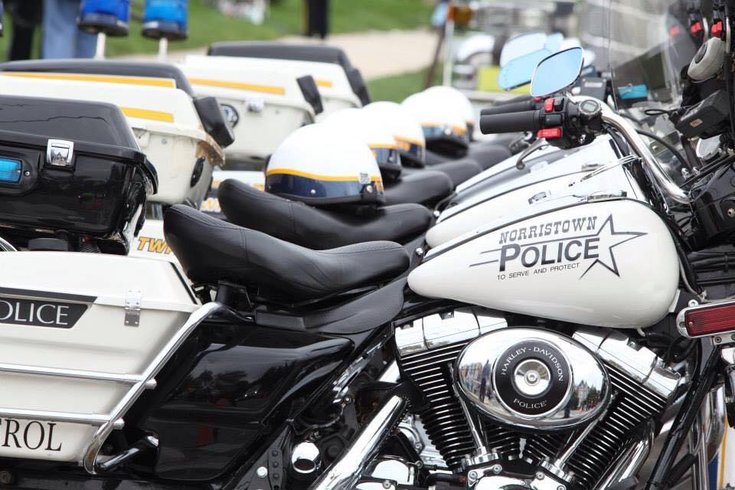 Motorcycles for the Norristown Police Department.

Five women have been attacked in Norristown since the beginning of September, a pattern police believe may be linked to a single suspect.

Authorities said the five victims reported that they were attacked between Dec. 1 and Dec. 8, all of them approached from behind and robbed by a black male suspect.

Investigators said none of the victims had any contact with the suspect prior to the incidents they reported.

Police said the incidents happened at the following times and locations:

None of the victims were seriously injured, but authorities believe the suspect may escalate his behavior until he is caught.

Police described the suspect as a black male with light to medium skin color, between 5'10'' and 6'' tall with a medium to heavy build. He was last seen wearing a dark colored hooded sweatshirt and either sweatpants or jeans. He may have some facial hair.

Anyone with information about these crimes or this suspect is asked to contact the Norristown Police Department at 610-270-0977. Anonymous tips can be provided by calling 610-278-TIPS.