Robert Daniels, 26, has been arrested; police say he's the man in the clip circulating on social media 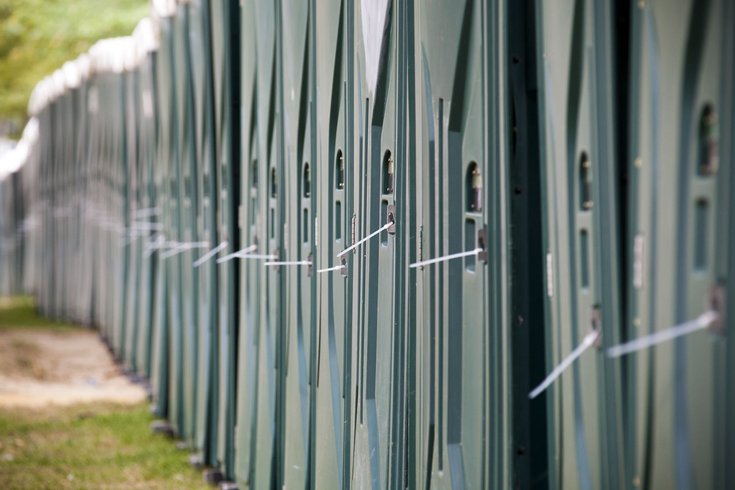 North Wildwood police arrested Robert, Daniels, of Philadelphia, on Monday, March, 2, 2020, for damaging a portable toilet at the Jersey Shore town. Daniels was identified by video posted to social media allegedly showing him leaping on top of the port-a-potty and crashing through the roof.

A 26-year-old Philadelphia man allegedly seen in a video jumping from the seawall in North Wildwood before smashing through the roof of the port-a-potty he landed on was arrested Monday, police said.

The viral video, which was posted to social media on Sunday, Feb. 23, and then circulated by Barstool Sports, was recorded near Pine and Olde New Jersey Avenues in North Wildwood and left the port-a-potty damaged.

The clip shows a man – who North Wildwood police identified as Robert Daniels – taking a running leap from the seawall. He lands on top of the portable toilet, then crashes through the roof and disappears inside the damaged port-a-potty that had been next to the beach. Watch for yourself:

As you can see, the impact left a gaping hole in the port-a-potty’s roof and caused the person filming the incident to exclaim “Oh my God!” Not to mention, it couldn’t have been pleasant to land on the actual toilet inside the destroyed structure.

Daniels is charged with criminal mischief and disorderly conduct. He was released by the police on a summons pending his appearance in North Wildwood Municipal Court.

For those who have ever thought of jumping onto the roof a portable toilet, maybe rethink that idea before doing it and ending up arrested.