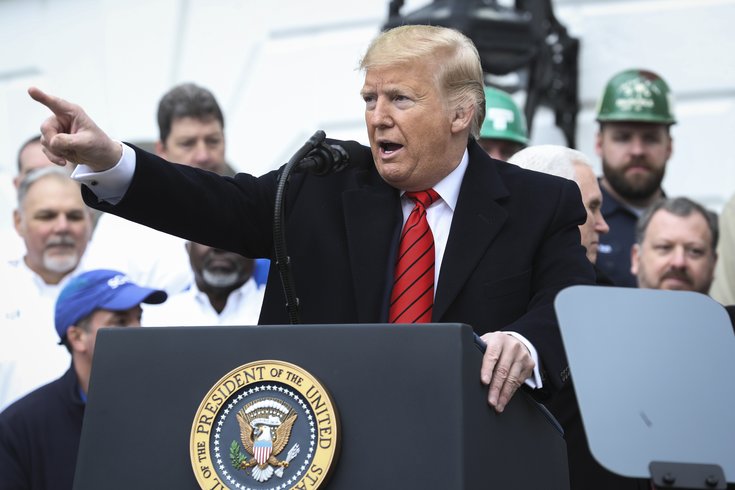 Wildwood Mayor Pete Byron says the crowds that attended President Trump's campaign rally on Tuesday left a mess behind. The mayor wants the Republican Party to pay for the clean up.

"We're a small town that has budgetary issues and, as great as it was, it was never a budgeted event,” Byron told KYW Newsradio. “So we didn’t have money set aside for this event. Any other events similar to this, the promoter — and, in this situation, it was the Republican Party — has to pay for all these expenses."

Byron, a Democrat, said Trump is welcome to return to Wildwood at any time, adding that the 15,000 people who attended the campaign event caused few problems. But there was a lot of garbage to clean up afterward in the convention center and its parking lot, according to NJ.com.

Chairs, blankets, food and drinks were among the various items left behind, Byron told the Courier Post.

"We knew it was going to be a mess,” Byron said. “We just didn't know to what degree. I don't believe, because of the nature of the event, the city should have to pay for any extra-curricular cost for this."

The Trump campaign paid $7,500 to put on the rally, a spokesman for the Greater Wildwoods Tourism Improvement and Development Authority told the Courier Post. The campaign expected to be billed various expenses, including stage setup and lighting work.

The Trump campaign, not Wildwood, was responsible for providing garbage cans and portable bathrooms at the event, Byron said.

“People were calling us about port-a-potties, and they were running out of paper and stuff,” Byron told NJ.com. “That was on the promoter, which was the President. The Secret Service, you don’t put out a trash can or port-a-potty out there that they do not have to check. You could not have people going out there and empty the trash cans because you cannot get on the site without clearance.”

Byron said that it will take roughly a month to calculate the total expenses, which included cleanup, police overtime and additional law enforcement.