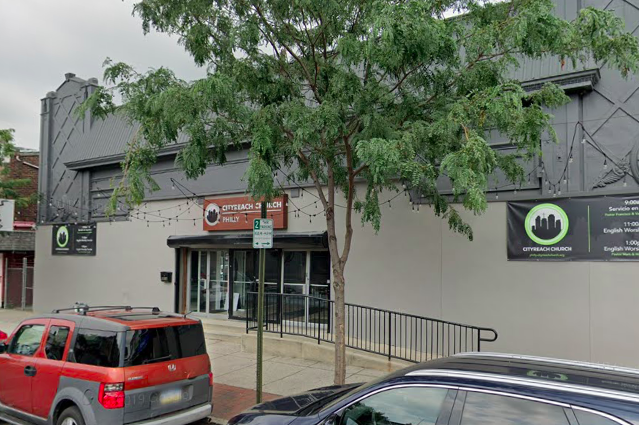 The Philadelphia Department of Public Health is investigating an outbreak of COVID-19 at the City Reach Philly Church, located at 6814 Torresdale Avenue in the Tacony section of the city.

Nine members of a church in Northeast Philadelphia's Tacony neighborhood have tested positive for COVID-19, part of an outbreak that the city's health department traced to at least five different households.

A cluster of cases emerged from the City Reach Philly Church at 6814 Torresdale Avenue, the Department of Public Health announced Wednesday. The infections were discovered through standard health department case investigation and contact tracing efforts, which remain ongoing.

Officials said the nine church members who tested positive began to show symptoms as early as Aug. 6. The health department received lab results and interviewed six of the patients in the last few days.

In response to the cases, the church suspended in-person services on Aug. 13.

The health department believes there are likely more cases that can be traced to the outbreak, calling religious services a demonstrated source for potential wide spread of the virus. The city is actively working to identify other possible cases connected to the church.

Under Philadelphia's modified green phase, religious services are permitted as long as congregants wear masks on site and attendance is limited to 25 or fewer people, including staff. Choirs and group singing are not allowed, as they have been linked to indoor transmission in other settings.

Officials at the health department said congregants at City Reach Philly Church should consider themselves exposed to COVID-19 if they attended a church service in August. They are advised to quarantine for 14 days and monitor for symptoms. A list of COVID-19 testing sites is available though the health department.

Philadelphia reported 37 additional confirmed cases of COVID-19 on Wednesday, bringing the citywide total to 32,569 since the start of the pandemic. Another 18 fatalities — confirmed over a two week period — brought the city's death toll to 1,735.