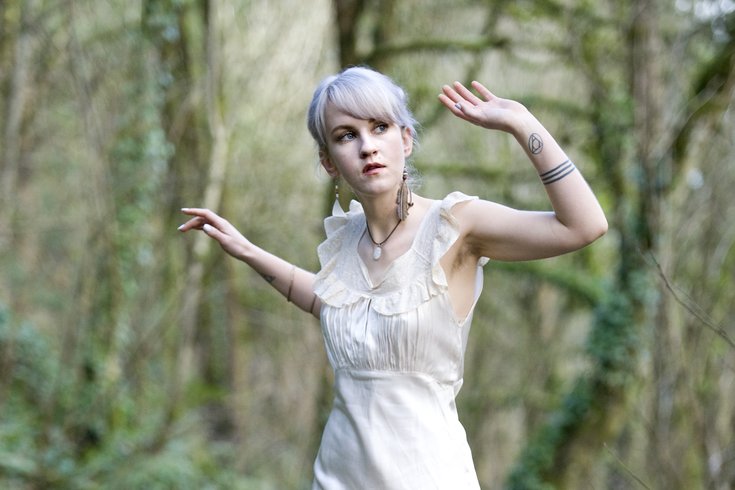 Every Monday, noted song expert K. Ross Hoffman presents five fresh specimens for your consideration. This week marks the official end of summer; here are some songs to help you bid farewell to another season, and to linger within the cozy months ahead.

One of the quintessential indie hits of the late summer — at least, if you live inside my head — has been this decidedly autumnal team-up of mild-mannered New York rock superheroes (respectively, The Walkmen vocalist and erstwhile Vampire Weekend multi-instrumentalist/arranger/factotum), whom I’ve taken to thinking of as RostHam. This song has the elegant melodic and structural simplicity — inevitability, almost — of a campfire sing-along standard. ( “500 Miles” being the most obvious reference point.) Beyond the deceptively classicist piano-bar opening, though, the duo’s performance strikes out in some bold, surprising directions: Leithauser goes for broke, leaping registers and generally shredding in a way that threatens to completely overpower the song — while Rostam (who does himself a disservice by underplaying his magnificent surname, Batmanglij) keeps hitting refresh on the arrangement, repeatedly switching things up as if to underscore the obsessive single-mindedness of the circular, self-fulfilling central phrase.

UPDATE: Hey, Hamilton Leitheiser and Rostam are playing a Free at Noon show this Friday, Sept. 23.

2. Johnnie Frierson, “Have You Been Good to Yourself”

Well, have you? The title cut from a home-recorded cassette that was self-released into obscurity in the early ’90s, later uncovered in a Memphis thrift shop and, last month, reissued via the reliably intrepid Light in the Attic. You can imagine how this soulfully earnest number might, under different circumstances, have been bolstered by a fiery gospel choir, or given a greasy, funky MGs backbeat at Stax (where Frierson briefly recorded in the ’60s). As it is, it’s raw as the Delta blues, with just Frierson’s basic but full-sounding guitar work and richly impassioned vocal, laying out a remarkably holistic check-list for self-care — spiritually informed but also deeply practical — that’s just as relevant no matter what decade it might be.

3. Johanna Warren, “There Is a Light”

“Gemini I,” this Portland, Oregon, songwriter’s just-released new album (the first of a twinned pair, naturally) is gorgeous through and through — autumn music par excellence, arriving at precisely the right moment — but this song is the one that’s speaking to me the loudest right now. Over the sparest, hymn-like harmonium reverie (eventually augmented with swirling organ and tambourine), Warren offers up a tender but emphatic sermon; words of reassurance alongside an exhortation to proactive engagement: “Don’t waste your time giving up when you could be forgiving.” One senses that she and Frierson would’ve had plenty to talk about.

4. The Afterglows, “Angels in the Sunshine Hotel”

More soft, warmly droning, impossibly lovely folk-pop, this time from West Philadelphia. The Afterglows are housemates Sam Cook-Parrott of Radiator Hospital and Michael Cantor of The Goodbye Party. This highlight of their eponymous debut album (available as a name-your-price download) is dappled and drowsy and deceptively effortless. There’s definitely some thoughtful (and seriously potent) alchemy going on between that dolorous, horn-like two-note ostinato, slow-bowed cello and the duo’s yearning, achingly sweet harmonies. It’s been haunting me all week.

Hey, summer’s not quite over yet. Here’s some blissful, gorgeously realized, gently lysergic pop from this Los Angeles psych-maestro, who plays all the instruments himself and makes them all sound fantastic. It’s majestic and luxuriantly laid-back. It’s crisp (that rippling, electric-blue pinprick riff — echoing the immortal organ from Del Shannon’s “Runaway”) and hazy. It’s vaguely retro without bogarting any one specific reference point. And, as the title suggests, it’s sunny and wistful at the same time. RIYL Tame Impala, 1960s daydreams and heat-induced hallucinations.