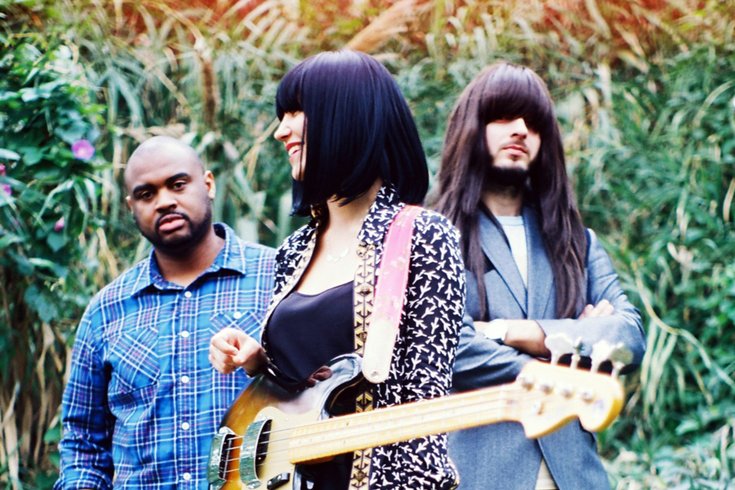 Every week, noted song expert K. Ross Hoffman collects five fresh specimens for your consideration. These ones are all six minutes long.

This week we’re gonna sprawl. Formerly, less bafflingly, known simply as inc. (and, before that, Teen Inc.), the brotherly Angeleno duo now called inc. no world is about to release its second full-length of languid, idiosyncratic neo-R&B that, true to the group's recent re-christening, seems to operate on an otherworldly, almost spiritual plane. This achingly pretty slow-groover — it’s not hard to imagine it being sung by someone like Al Green — stretches out to six minutes, but it’s such a rich, aural, emotional balm that it could happily continue on indefinitely, spinning around, spinning around…

The first thing we’ve heard from the poetically dour Australian’s forthcoming “Skeleton Tree” — out this Friday — is not so much a song as a low, throbbing moan. Strings swell and recede, cymbals dither, sine waves wail, and Cave intones a string of oracular second-person pronouncements, leapfrogging lives and subjectivities, while that buzzy, foreboding drone churns underneath. It’s all a buildup to something (this is, aptly, the album opener), but what comes next is anyone’s guess — as is where, in any of this, we’re supposed to find Jesus.

You’ll find no more relief, or release, in this claustrophobic tour de force of socio-political evocation from rising Chicago rapper Mick Jenkins, who invokes Kanye West and Eric Garner over a slinky, narcotized drip supplied by Toronto jazz-hipsters BADBADNOTGOOD. Midway through, Jenkins unleashes a breathless, flailing torrent of reference-strewn patter; later on, the band explodes into double-time, Sly-style miasmic funk — but each momentary eruption, each seeming escape, turns into a dead end, as we sink back down into the same paranoid, downward-looping spiral.

Jenkins will be in town for one of those Red Bull Sound Select deals – $3 with RSVP – at The Foundry on Oct. 15.

The beautifully bummed opening salvo from these long-running indie folk-rockers’ new one employs one of songwriter Will Sheff’s classic moves: repeating a single, seamlessly unfurling melody line, mantra-like, to smooth over a knotty barrage of words and images. (Joanna Newsom does this, too.) In this case, the song grows increasingly untethered from prosody as Sheff’s increasingly surreal, fragmentary account of utter personal breakdown shifts into a generalized meditation on mortality. The title — a lá of Montreal’s “Requiem for o.M.M.2.” — references the dissolution of the band’s previous lineup, but Sheff also ponders an array of less figurative musical deaths: of ’80s soulsters, Force MDs, lost songbird Judee Sill (not the first time this year she’s been memorialized in song) and his grandfather.

Okkervil River will grace WXPN’s Free at Noon this Friday — the new album’s release date — and will be back to play Union Transfer on Oct. 18.

OK. That was a whole load of darkness, so here’s something a bit lighter: a crisply effervescent, multi-section strut from this (primarily) instrumental Texan trio, who draw inspiration from ’60s and ’70s Thai pop (the group's name is Thai for “airplane”) as well as surf music, funk and psych. Like pretty much every cut from Khruangbin's quietly magnificent 2015 debut, “The Universe Smiles on You,” it’s a showcase for guitarist Mark Speer’s ineffable technique and silvery, shimmering tone, and the whole group’s equally laid-back and deep-pocketed groove.

Although the album came out almost a year ago, Khruangbin is just now embarking on its first American tour, which brings the trio to Johnny Brenda’s this Wednesday.