Around 1,100 nurses who threatened to strike are involved with the new agreement 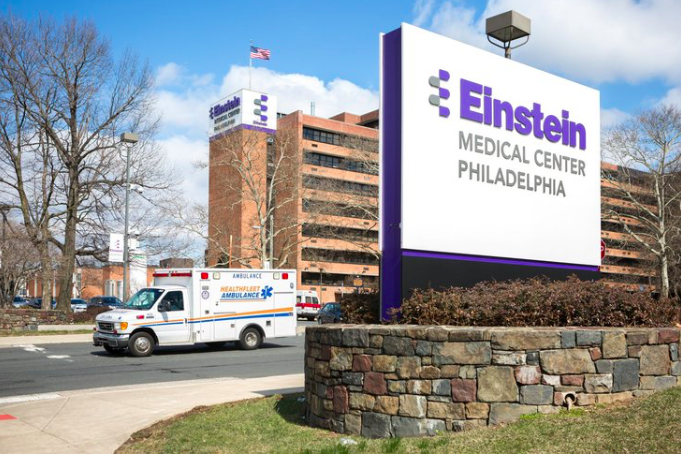 Nurses from Einstein Medical Center in North Philadelphia, who had threatened to strike earlier this month, struck a deal with their employer this week.

Nurses who work for North Philadelphia's Einstein Medical Center just won a contract deal with their employer, after recently threatening to strike amid the ongoing COVID-19 pandemic.

Around 1,100 nurses were implicated in the deal struck with the medical center, out of approximately 2,200 total healthcare workers from the region who were threatening to strike, the Inquirer reported Friday.

The deal with Einstein adds around 17 additional full-time staff members, protects against staffing reductions, gives nurses an average raise of 7.5% over two and a half years.

It also includes a sought-after "successorship clause," which requires any new company that may acquire Einstein to honor the contract deal itself.

Einstein was one of four hospitals in the region - along with St. Christopher's in Philadelphia, Mercy Fitzgerald Medical Center in Delaware County, and St. Mary Medical Center in Bucks County - where nurses began threatening to strike earlier this month.

The healthcare workers gave a 10-day strike notice due to the stalling of agreements on new contracts with the parent healthcare groups, reported CNN.

Nurses from the four hospitals said they had been "pushed to the brink by unsafe staffing that seriously undermines patient safety," in a release from the Pennsylvania Association of Staff Nurses and Allied Professionals (PASNAP).

Health care workers at St. Mary's, located in Langhorne, Bucks County, ending up going forward with a strike of around 800 nurses on Tuesday and Wednesday of this past week. Their parent healthcare group, Trinity Health, then refused to let the employees return to work until Sunday.

Trinity Health hired replacement nurses to work in the meantime.

Nurses at Einstein were successful in reaching a new contract deal during a continued surge of coronavirus cases in the Philadelphia region, when many hospitals are starting to worry about staffing shortages.

Due to the current surge, Pennsylvania saw its highest daily total of COVID-19 hospitalizations on Wednesday, with 2,900 patients checked in for coronavirus symptoms.