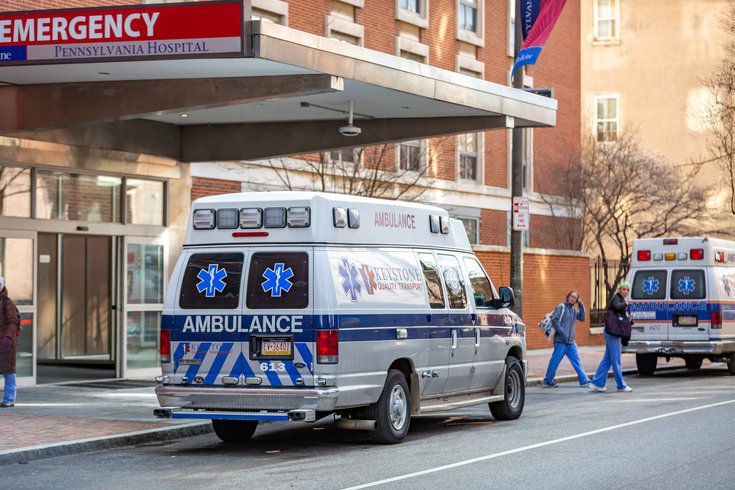 COVID-19 deaths and hospitalizations are both on the rise across the Philadelphia region.

Severe COVID-19 cases – and infections among the city's most vulnerable populations – are increasing as Philadelphia prepares to enter another stretch of strong coronavirus restrictions.

"We're starting to see increases in the severe consequences of those infections," Health Commissioner Dr. Thomas Farley said during a press briefing Thursday.

The city is seeing more cases and clusters in nursing homes and other group care settings. A total of 71 nursing home residents tested positive for COVID-19 last week. In August and September, there were just 10 to 15 cases per week.

"We're particularly concerned about nursing homes because people there are particularly vulnerable," Farley said. "Remember that in the spring wave, about half of the deaths that we had in the city occurred in nursing home residents."

At one Philadelphia jail – another spring hotspot – a cluster of cases was identified last week after one inmate exposed another 25 who tested positive.

Hospitalizations also are rising quickly in Philadelphia and across Pennsylvania. The state's database of COVID-19 hospitalizations stood at 2,900 patients on Wednesday, a number higher than those recorded in the spring.

As of Thursday morning, Philadelphia had 542 COVID-19 patients in city hospitals.

"That's well below the peak of over 1,000 patients that we had here in the spring — and our hospitals clearly can handle this now," Farley said. "But we're still concerned that our hospitals may come under strain if it gets beyond that 1,000 number."

Twenty new COVID-19 fatalities were confirmed over the past two days, bringing the city's death toll to 1,945. Last week, Philadelphia reported 29 deaths, a substantial increase from the low point in September of about 10 per week.

The state is averaging about 45 deaths per week, but reported 110 on Wednesday.

"Those numbers are rising, and unfortunately, I do have to say we expect them to continue to grow," Farley said.

The demand for testing in Philadelphia has surged in recent weeks. Last week, it reached a record average of more than 7,100 people per day.

The city reported another 765 new cases of COVID-19 on Thursday, bringing the citywide total to 57,237 since the start of the pandemic. Over the last week, the city averaged 849 new cases per day and recorded a test positivity rate of 11.7% – both record highs.

The city's contact tracers are increasingly finding that residents they reach don't know where they might have been exposed to the virus. More than half of those interviewed in the last week said they didn't know.

"That suggests that this infection is spreading a little bit everywhere," Farley said.

Among those who were able to provide more information to contact tracers, most continue to say that they were exposed by household members and in small social gatherings. There also are frequent reports of exposures at workplaces, particularly during lunch among colleagues without face masks.

A number of interviews in the last week linked exposure to Halloween parties, while a similar uptick around Election Day suggests it's possible some spread occurred during the demonstrations and celebrations.

Farley acknowledged the pain the new restrictions will cause as a restaurant group protested in Center City on Thursday. But he defended the decision to prohibit indoor dining.

"There is ample evidence from around the country that restaurants are high-risk situations," Farley said. "Studies (from the CDC) are showing that people who have COVID are more likely to have eaten at a restaurant than people who haven't. There are many anecdotes of individual restaurants with outbreaks. And here in Philadelphia, we've had anecdotes from our contact tracing work."

The restrictions, which begin Friday and continue until the end of the year, are intended to slow the surge in cases over the next six weeks, creating a more solid position for when the first vaccines are available.

"Our overall message now is that the epidemic is surging," Farley said. "What was once safe is now dangerous with the change in the weather. And we're starting to see the severe outcomes that we worry the most about. This is a dangerous period. This is possibly the worst period of the entire epidemic. That's why we put in place those restrictions that we announced on Monday."