Director will return to the big screen in summer 2021 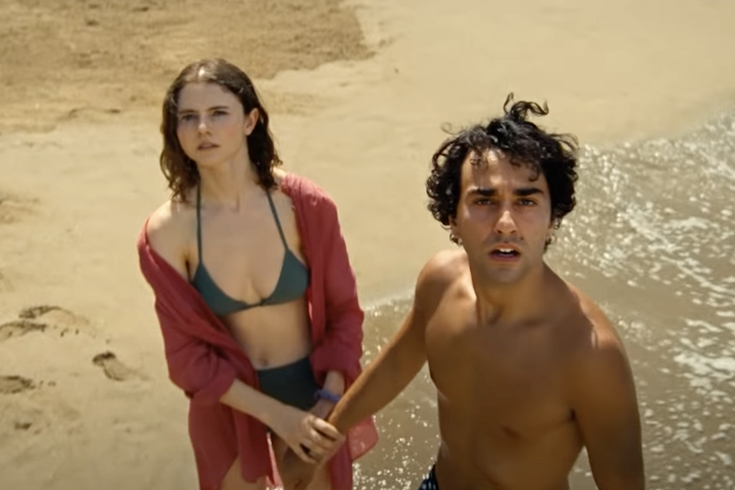 Imagine going on a family vacation to the beach and experiencing your entire life in a single day.

That's the premise behind director M. Night Shyamalan's upcoming thriller, "Old," which is inspired by the French graphic novel "Sancastle," by Pierre Oscar Lévy and Frederik Peeters. Shyamalan has described the novel as being among his favorites and credited it for helping him come to terms with his parents' aging.

A trailer for the film debuted during Super Bowl LV on Sunday night.

"This summer, visionary filmmaker M. Night Shyamalan unveils a chilling, mysterious new thriller about a family on a tropical holiday who discover that the secluded beach where they are relaxing for a few hours is somehow causing them to age rapidly ... reducing their entire lives into a single day," a plot synopsis says.

Shyamalan, who grew up in Lower Merion and now lives in Chester County, is at the helm for writing, directing and producing duties. His Berwyn-based production company, Blinding Edge Productions, is involved with the project.

Last September, Shyamalan shared a photo from the first shot of the upcoming film, which managed to get off the ground after months of pandemic-related delays.

Feels like a miracle that I am standing here shooting the first shot of my new film. It's called Old. #OldMovie @OldTheMovie pic.twitter.com/hth8jUum8K

The project is one of two Shyamalan is slated to produce in a deal with Universal Pictures, which has been with the director through the self-financed "The Visit" and the two final installments of his Eastrail 177 trilogy, "Split" and "Glass."

Shyamalan's Apple TV series "The Servant" is currently in its second season.

"Old" is expected to hit theaters in July.