This one gentleman is incredible at scoring free Eagles tickets 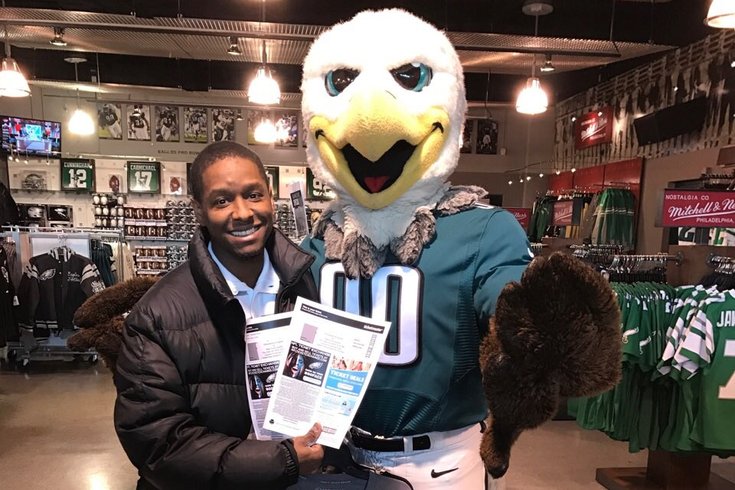 This Eagles fan has a talent for getting free tickets from Swoop.

The week of every home game, the Eagles run a promotion called #FanFriday, in which Swoop could be hanging out anywhere in the area. It could be the Cherry Hill Mall, Dilworth Park, Pat’s and Geno’s, or pretty much any spot you can think of. The first fan to high five Swoop at that particular spot earns two free tickets to that week’s game.

Well, with the Eagles taking on the Giants this week on Thursday Night Football, the team understandably moved up #FanFriday to Tuesday. Here is this week’s winner:

Thanks to the trained eye of Mark Magowan, we learned this is not the first time Twitter user @YungYle has won the Fan Friday contest. Actually, it’s not even close to the first time:

Congrats to #FanFriday winner @YungYle! We'll see you at the game on Monday night. pic.twitter.com/ELqpXDeH4b

By an unofficial count, that is 12 times that he has won free tickets since the playoff game against the Saints in January 2014. When it comes to finding Swoop in random places in the Delaware Valley, @YungYle is Michael Jordan… but better.

My #Eagles plug🔌 just told me that me & wifey will be at @LFFStadium this Sunday for the #Eagles game !!