The property along the 2600 block of N. 16th Street did not have any smoke detectors, officials said 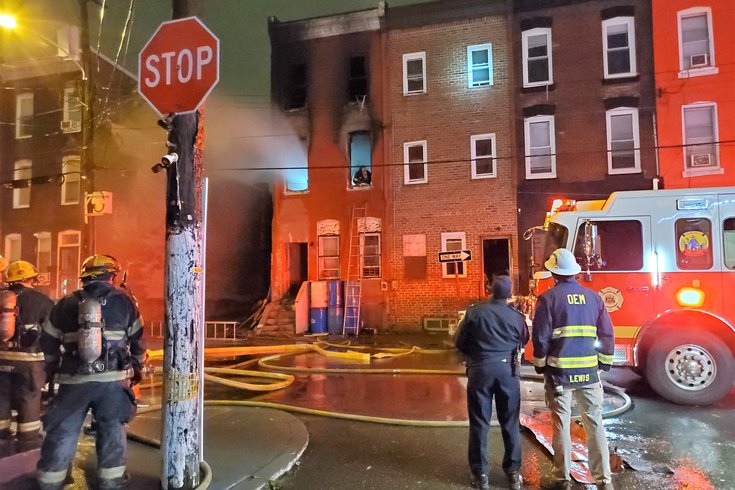 A fire broke out early Wednesday morning at a rowhome in North Philadelphia along the 2600 block of N. 16th Street. The Philadelphia Fire Department reported that one man was found dead on the property's second floor.

A fire that broke out at a rowhome in North Philadelphia early Wednesday morning has left one man dead, officials said.

The fire began around 2:30 a.m. on the 2600 block of N. 16th Street near the intersection of West Lehigh Avenue and North Broad Street, 6ABC reported. The Philadelphia Fire Department arrived shortly after, but debris around the property made it difficult to get inside.

After getting the blaze under control and searching the premises, firefighters found the dead man's body on the second floor. His identity has not yet been confirmed.

The home, which appeared to be vacant, had an illegal electric hookup and did not have smoke detectors or an electric meter, officials said. An investigation into the cause of the fire is ongoing.

"It is very important for people to have smoke alarms in their properties, have an escape plan and all those different things to help you help yourself get out of the fire," Walker said.

There have been multiple deadly fires in Philadelphia this year.

A Fairmount rowhome caught fire on Jan. 5, killing 12 people, including eight children. It was reported the fire likely started after a five-year-old boy played with a lighter near a Christmas tree.

In April, a deadly fire inside a Kensington rowhome killed four people, including three children. Fire Department Commissioner Adam Thiel said that there were no working smoke alarms in the property and added that the city has a fire problem. At the time, there had already been 312 families displaced in Philly because of fires since Jan. 1.

In June, a firefighter died after a Farhill building collapsed. The property owner was later charged with starting the fire that led to the death of 27-year Fire Department veteran Sean Williamson.