The bogus story of a good deed led to a flood of donations nearly five years ago. Co-conspirators Mark D'Amico and Katelyn McClure were sentenced to prison 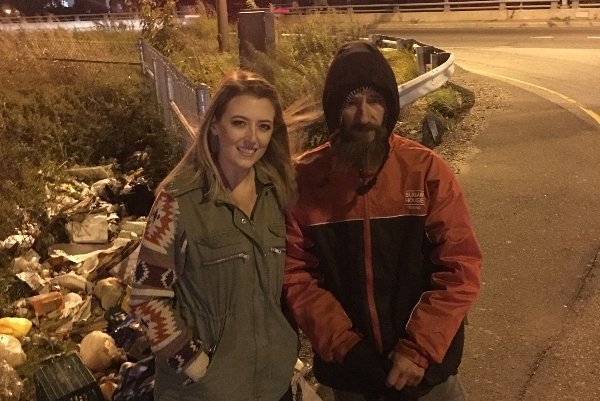 Johnny Bobbitt, 39, was sentenced to three years of probation and ordered to pay $25,000 in restitution for his role in a GoFundMe scam that raised more than $400,000 in 2017. Bobbitt's co-conspirators, Katelyn McClure and Mark D'Amico, each have been sentenced to prison.

The homeless Philadelphia man who participated in a fraudulent GoFundMe scheme, infamously raising more than $400,000 with a fictitious feel-good story on the crowdfunding website, was sentenced Monday to three years of probation, federal prosecutors in New Jersey announced.

Johnny Bobbitt, 39, was one of three people charged in connection with the November 2017 scam, which drew nationwide attention and unraveled when the co-conspirators began quarreling over the donated money.

Together with 32-year-old Katelyn McClure and 43-year-old Mark D'Amico, Bobbitt played up a fake Good Samaritan story that involved him giving his last $20 to McClure after her car ran out of gas along the shoulder of I-95 in Philadelphia.

McClure and her then-boyfriend, D'Amico, started a GoFundMe campaign with a goal of $10,000 to raise money for Bobbitt, a veteran who had fallen on hard times. The crowdfunding page featured a picture of Bobbitt and McClure together on the side of the highway, giving the made-up story an appearance of authenticity.

Bobbitt had actually met McClure and D'Amico at Philly's former SugarHouse Casino about a month before the couple started the crowdfunding campaign. When the donations reached about $1,500, McClure and D'Amico let Bobbitt know what they were up to and told him he would receive his share of the money as long as he kept up the charade, prosecutors said.

The crowdfunding scheme succeeded beyond the trio's wildest imagination, earning them invitations to interview on local and national daytime TV shows. Their inability to cooperate and maintain a low profile ultimately invited suspicion from authorities.

As evidence against the trio piled up, authorities determined that D'Amico had helped Bobbitt open up a bank account in December 2017 and deposited $25,000 to help get him on his feet after the GoFundMe campaign went viral. Bobbit also was given a camper in which he briefly lived on a property owned by McClure's family in Burlington County. Bobbitt spent some of the funds he received to feed a drug addiction, which led to tension with McClure and D'Amico, investigators said.

When Bobbitt became upset that D'Amico and McClure weren't giving him more money, he sued them. That's when prosecutors began to look into the trail of money and discovered that the former couple had spent almost all of it on gambling, travel, luxury items and expensive cars in a matter of three months.

The scheme was featured last year in "No Good Deed," a 6ABC documentary that examines the trio's plot and the fallout from their exposure. As a result of the fraud investigation, GoFundMe repaid more than 14,000 people for donations they made to the campaign.

Bobbitt previously pleaded guilty to state charges in New Jersey and avoided jail time by entering an addiction recovery program. He also pleaded guilty to the federal charge of conspiracy to commit money laundering, which led to his sentencing on Monday. In addition to probation, he's also been ordered to pay $25,000 in restitution.

D'Amico, who's considered the ringleader of the GoFundMe scheme, was sentenced in August to five years in prison after pleading guilty to a state charge of second degree misapplication of property. He previously had pleaded guilty to a federal wire fraud charge and was sentenced to 27 months in prison in April. D'Amico is serving both sentences concurrently and has been ordered to pay full restitution for the stolen funds.

McClure was sentenced in July to one year and a day in federal prison for her role in the scam. She will also be on probation after her release and will need to pay her share of the stolen funds in restitution. Sentencing in McClure's state case is pending.