The campaign was built around the lie that Johnny Bobbitt Jr. gave McClure his last $20 after she ran out of gas while driving on I-95 in Philadelphia in 2017 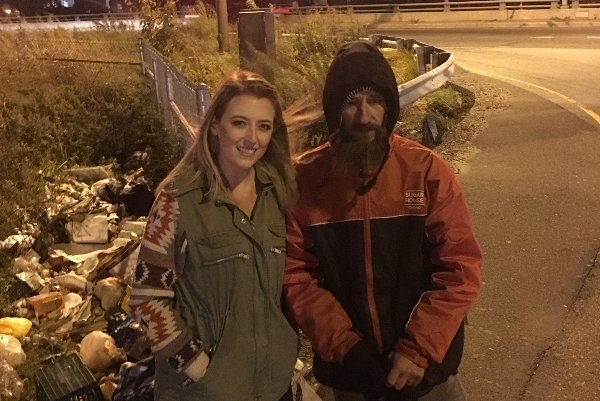 Kate McClure, 32, of Bordentown, was sentenced to one year and a day in prison Thursday for her role in $400,000 GoFundMe scheme centered on a lie about homeless veteran Johnny Bobbitt, Jr.

A South Jersey woman was sentenced to one year and a day in federal prison for her role in the GoFundMe scheme that raised $400,000 with a heartwarming – but fake – story about a homeless man.

Kate McClure, 32, of Bordentown, Burlington County, had pleaded guilty to one count of conspiracy to commit wire fraud, 6ABC reported.

She got a lighter punishment than her co-conspirator and ex-boyfriend Mark D'Amico because she agreed to testify against him if he had gone to trial. He was sentenced to 27 months in prison in April after pleading guilty.

Johnny Bobbitt Jr., the homeless veteran whom the couple advertised as the GoFundMe campaign's sole beneficiary, pleaded guilty in 2019 and will be sentenced Aug. 23.

The campaign was built around the story that Bobbitt gave McClure his last $20 after she ran out of gas while driving on I-95 in Philadelphia in 2017, a lie meant to garner sympathy. In reality, the couple met Bobbitt outside Rivers Casino in Fishtown. At the time, the casino was known as SugarHouse.

The fundraiser was a huge success and the trio made national headlines. The couple initially set a goal of $10,000, but ultimately raised more than $400,000 from 14,000 donors.

They bought Bobbitt a camper. He lived in it on a South Jersey property owned by McClure's family, but McClure and D'Amico spent the rest of the money on vacations, gambling and luxury items like cars and handbags.

The lie was revealed when Bobbitt became upset about not getting what he viewed as his fair share of the money. A pro bono lawyer helped Bobbitt sue the couple and they ultimately admitted that the money was gone. He was later implicated in the scheme.

Once her sentence is complete, McClure also will have to serve three years of supervised release and pay back her share of the more than $400,000 owed to GoFundMe.

She and D'Amico will be sentenced for state charges in Burlington County on Aug. 5 and could receive more time.

The case was explored in a documentary called "No Good Deed" produced by 6ABC. It's currently available to stream on Hulu.