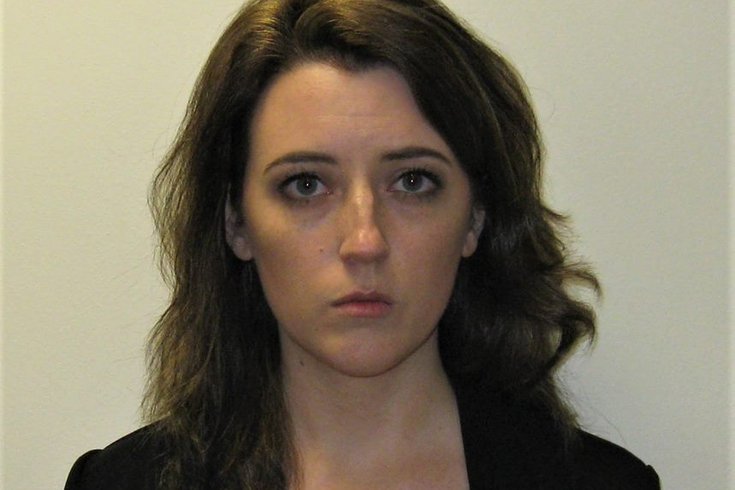 Kate McClure, pleaded guilty to theft for her role in creating the fake GoFundMe campaign purportedly to help a homeless man. She is expected to be sentenced to four years in prison when she is formally sentenced in June.

Kate McClure, one of the defendants involved in allegedly fabricating a GoFundMe page that went viral this time last year, released audio to "Good Morning America" on Monday that she claims proves she is innocent of any wrongdoing.

McClure — along with her ex-boyfriend Mark D'Amico and homeless veteran Johnny Bobbitt — were charged last week with theft and conspiracy after the good-Samaritan story behind the GoFundMe page allegedly was discovered to be a fabrication. The Burlington County Prosecutor's office has obtained more than 6,000 texts with evidence that investigators believe proves it was all "predicated on a lie."

"Okay, so wait the gas part is completely made up," McClure wrote in a text message to a friend that was obtained by investigators. "I had to make something up to make people feel bad … So, shush about the made up part."

The prosecutor’s office discovered the trio had actually known each other for about a month before the GoFundMe campaign launched. Bobbitt often hung out at an underpass near the SugarHouse Casino in Fishtown, where D’Amico and McClure often frequented, according to investigators. Authorities initially believed the couple met Bobbitt while leaving the casino, and the three struck up a relationship from there.

But now McClure is insisting she thought the GoFundMe was intended to just get Bobbitt on his feet — not to benefit her or D'Amico in any way.

An audio clip secretly recorded by McClure during a conversation with D'Amico, which allegedly took place after investigators discovered the couple and Bobbitt spent the entirety of the money raised on personal items (like a car, handbags, and a trip to Las Vegas), was released to "GMA" on Monday.

"You started the whole f***ing thing," McClure is heard saying on the recording. "You did everything. I had no part in any of this and I'm the one f***ing taking the fall."

McClure's attorney James Gerrow said his client was under the impression the she and D'Amico were just trying to help the homeless man get a new start. Gerrow said McClure was "duped" into the scheme by D'Amico and Bobbitt.

"First of all, people have to understand that this was an abusive relationship," Gerrow said to "GMA." "One of the reasons that I provided you the tape was to show you the nature of that. From the start, Kate thought she was helping a veteran who was homeless and that Mr. D'Amico was the one behind this and he was calling all the shots. Anytime she tried to deviate from that, even before this developed, he would go off, as he did on the tape I provided."

You can hear the entire recording and statement from McClure's attorney below.

GoFundMe has committed to refunding all donations made to Bobbitt and is participating in a full investigation.

"While this type of behavior by an individual is extremely rare, it's unacceptable and clearly it has consequences. Committing fraud, whether it takes place on or offline is against the law," the company said in a statement.