Opinion: These organizations are working to hurt Philadelphia's finances

Intellectual dishonesty is nothing new for right-wing billionaire-funded front groups. That’s why it wasn’t surprising to see Matthew Brouilette, CEO of the Commonwealth Partners Chamber of Entrepreneurs, come out so strongly against Philadelphia’s sugary beverage tax.

Of course, discussion of the merits of the recently enacted tax and the pending court case is never truly what matters to Brouilette and others funded by right-wing corporations and multimillionaires. And if his concerns for “regressive” policies in Philadelphia seem disingenuous, a quick, cursory look at the work of his organizations – and who bankrolls them – shows why. 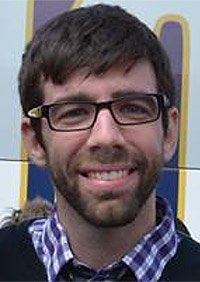 For example, the Fairness Center, an Oklahoma-registered organization which shares personal connections to both the Commonwealth Partners Chamber of Entrepreneurs and the Commonwealth Foundation, brought forth a lawsuit against the Philadelphia Federation of Teachers over union release time, a practice that helps streamline management and labor relations. One might wonder why an Oklahoma-based organization sued a Philadelphia union.

Not to mention, it also takes some chutzpah to criticize a union for supporting a funding mechanism for pre-K for thousands of Philadelphia’s children while simultaneously suing the teachers of our public schools. The Commonwealth Foundation, an organization Brouillette previously directed, also consistently advocates for policies that have taken away millions of dollars from Philadelphia public school kids and gave corporations additional ways to avoid paying their fair share.

They work to simultaneously advocate for policies to divide Philadelphians at a national level and destabilize city finances at the local level.

These are just a few examples of the way these organizations work against the best interests of Philadelphia and advocate for policies that hurt city finances. It’s no shock that the same funders of those groups also bankroll national right-wing organizations like FAIR, an anti-immigrant group with alleged ties to white nationalists, and the Center for Security Policy, the home of one of the country’s most notorious Islamophobes, Frank Gaffney. Both of these organizations have attacked Philadelphia’s sanctuary city policy and consistently use racial resentment as a political strategy.

These scare tactics and false framing are part of a coordinated strategy by extremist billionaire interests. In fact, since the start of this year, attacks on the City of Philadelphia have made the rounds in Washington, D.C. and Harrisburg. These include racist anti-immigrant bills aimed at destabilizing city finances, rollbacks of measures to promote pay equity and earned sick days in the workplace, and attacks on one of our foundational principles, freedom of association.

Taking all this into consideration, true-to-form, the first moves of Pennsylvania’s legislative session were attacks on immigrants and labor unions. It’s also no surprise the Commonwealth Partners Chamber of Entrepreneurs have turned their attention to Philadelphia, a city that proudly claims to be both a union town and sanctuary city, or as we like to call it a Fourth Amendment City. This is what an assault financed by regressive, billionaire donors looks like. They work to simultaneously advocate for policies to divide Philadelphians at a national level and destabilize city finances at the local level. It’s no mistake that Pennsylvania’s cogs in this incestuous network are focused on making the case for policies that would disrupt Philadelphia’s budget to attack labor unions at the expense of the city’s 3- and 4-year-olds.

The next time an intellectually dishonest argument pushing a back-of-the-napkin analysis of Philadelphia finances comes from one of these front groups claiming to be concerned about regressive policy is published, spare us the pearl clutching. We know how much those pearls cost … and who bought them.

Eric Rosso is executive director of Pennsylvania Spotlight, a social welfare organization dedicated to educating the public on issues that enhance the well-being of middle-class families and workers in Pennsylvania, and was a political organizer with the American Federation of Teachers.