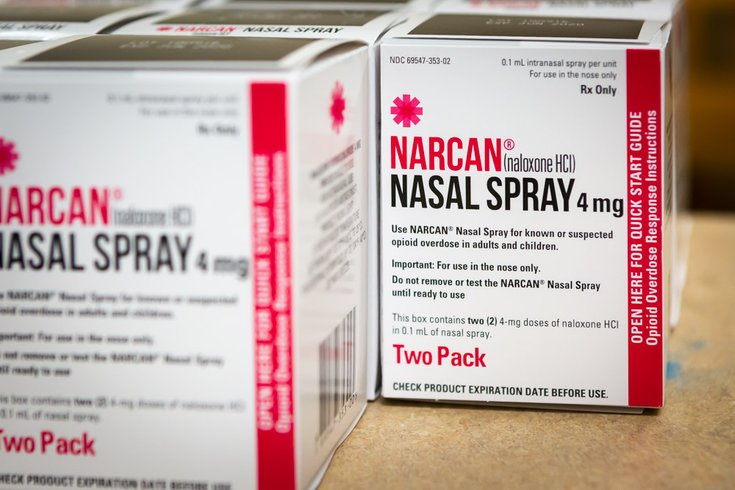 Prescriptions for the overdose antidote naloxone have increased substantially in recent years, but the U.S. Centers for Disease Control and Prevention says a greater need remains.

Naloxone dispensed from retail pharmacies doubled between 2017 and 2018, according to an analysis conducted by the CDC. Over the same period, dispensing of high-dose opioids dropped by 21 percent.

The analysis comes one month after preliminary data suggested the total number of overdose deaths fell by about 5 percent in 2018, including a slight decrease among those classified as opioid-related.

Still, the CDC analysis found that enhancing access to naloxone – also known by its brand name Narcan – is needed, particularly in rural areas.

In 2016, the CDC guidelines began calling for doctors to prescribe naloxone alongside opioids prescribed for chronic pain. But only one naloxone prescription was dispensed for every 69 high-dose opioid prescriptions last year.

If naloxone had been prescribed at a 1-to-1 ratio, nearly 9 million naloxone prescriptions could have been dispensed last year. That's about 16 times higher than the 557,000 recorded.

That could have a considerable impact on saving lives in rural areas, where there are slower EMS response times, fewer harm-reduction programs and an underuse of naloxone by EMS personnel.

"Distribution of naloxone is a critical component of the public health response to the opioid overdose epidemic," the report said.

Receiving a high-dose opioid prescription is considered a risk factor for overdose, though not everyone who takes prescription opioids will develop a substance abuse disorder or suffer an overdose.

Additionally, synthetic narcotics – primarily fentanyl – now account for the highest portion of overdose deaths in the United States, at 27.9 percent. But prescription opioids still rank No. 2, at 16.7 percent. Heroin is not far behind.

The report examined the number of naloxone prescriptions dispensed from pharmacies between 2012 and 2018, using a database that maintains prescription information for for 92 percent of all prescriptions in the United States. In 2012, 1,282 prescriptions were dispensed. By 2018, that figure stood at 556,847.

Naloxone dispensing tended to be highest in counties located in states with high rates of opioid overdose mortality and high-dose opioid dispensing. But there was considerable disparity across all counties, with rural counties generally seeing the lowest dispensing rates.

The rising cost of naloxone represents another challenge – particularly for those without insurance.

More than half of people with private insurance or Medicaid did not pay any out-of-pocket costs for their naloxone prescription, according to the report. Less than 10 percent paid more than $50.

By contrast, people without private insurance paid at least $50 per prescription more than 30 percent of the time.