Out & About takes place from Sept. 29 through Oct. 2 in honor of National Coming Out Day 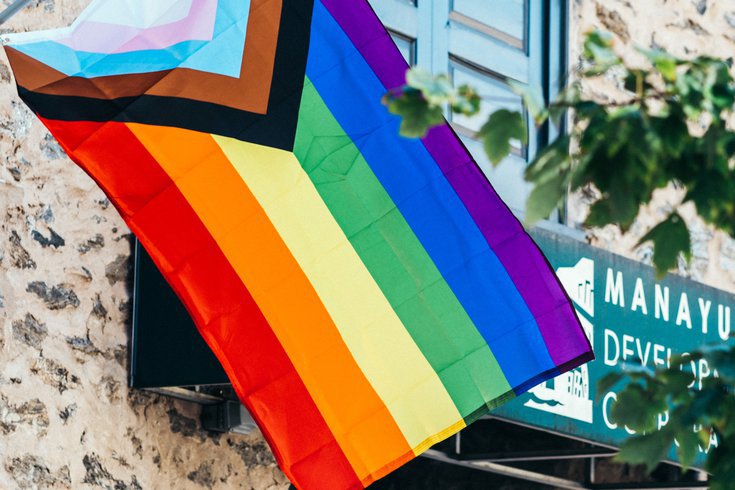 Manayunk's three-day festival commemorating National Coming Out Day returns from Sept. 29 through Oct. 2. Out & About features live theater performances, drag shows and a 5K for charity.

Manayunk is celebrating LGBTQ+ pride next week with a three-day festival that will feature drag performances, live theater and an outdoor vendor market along Main Street.

Out & About is returning for its second year from Thursday, Sept. 29 through Sunday, Oct. 2. The event is in honor of National Coming Out Day, an annual day of awareness for LGBTQ+ rights observed on Oct. 11.

MORE: Explore the 'dark past' of a 19th century textile mill at Manayunk's new haunted house

On Thursday, Sept. 29, check out Drag Cabaret with Philly Drag Mafia at Manayunk Brewery at 7 p.m. Tickets are $25 and include access to the variety show and a free drink. Food will be available for purchase.

The play is about the 1998 murder of Matthew Shepard in Laramie, Wyoming. It was first performed in 2000 after writer Moises Kaufman visited the small town six times the year after Shepard was brutally attacked and left for dead. Kaufman conducted more than 200 interviews and attended the trial of the two men who were convicted of killing Shepard. This year marks the 24th anniversary of the incident.

The lineup on Friday, Sept. 30 includes drag bingo at Winnie's Manayunk at 7 p.m. and drag Quizzo at La Roca.

An outdoor market will be held on Saturday, Oct. 1 from 11 a.m. until 4 p.m., featuring over 20 arts and craft vendors on Main Street. The full list of vendors can be found here and more are expected to be announced.

Drag queen bootcamp with RowZone takes place at 10 a.m., followed by drag story time at Canal View Park at 12 p.m. There will be other drag shows on Gay Street and in the Richards Apex Parking Lot at 1 and 3 p.m., as well as a live performance by the Philadelphia Freedom Band at 2 p.m.

There will be showings of the Rocky Horror Picture Show at 6 and 10 p.m. Tickets are available now for $20.

On Sunday, start the morning at 9 a.m. by running or supporting a 5K hosted by Philadelphia Runner and Queer Run, with donations benefitting The Trevor Project. Afterward, head over to new restaurant, Blondie's, for a drag brunch at 11 a.m.

From 2 to 4 p.m., check out Philly Drag Mafia for Sidewalk Showgirls at The Goat's Beard, Jake's and Cooper's Wine Bar, Lucky's Last Chance and The Cresson Inn.

National Coming Out Day takes place on the anniversary of the 1987 National March on Washington for Lesbian and Gay Rights. It was organized by LGBTQ+ activists Robert Eichberg and Jean O'Leary in 1988 as a way to stay positive and celebrate the act of coming out.

Since then, cities across the country have honored the observance. OutFest, the largest National Coming Out Day celebration in the United States, has been held in Philadelphia for more than a decade. However, it's unclear if the city will revive the annual Gayborhood street festival this October.

Out & About in Manayunk

Sept. 29 through Oct. 2
All day | Both free and ticketed events
Various locations in Manayunk
Philadelphia, PA 19127