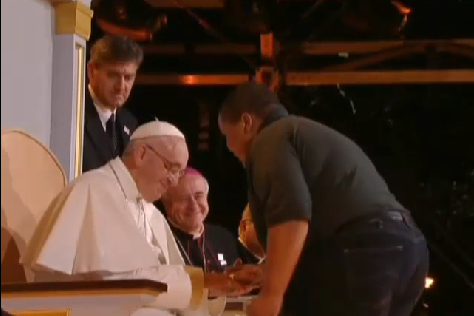 14-year-old Bobby Hill of the Keystone State Boychoir presents Antarctic 'rock of Peter' to Pope Francis at the Festival of Families concert.

During a night filled with dazzling performances and an impassioned sermon from Pope Francis on the central importance of family, 14-year-old performer Bobby Hill of the Keystone State Boychoir (KSB) made two rare, special deliveries to the pontiff.

He sang a soprano solo of "Pie Jesu" that stunned the audience.

And then Bobby gave Pope Francis a rock, fulfilling the mission of Director Steven Fisher, founder of the KSB and the Pennsylvania Girlchoir, to present Pope Francis with a stone that he and his peers brought back from a historic 2009 concert in Antarctica, the only such trip ever made by a choir group.

"Bobby Hill and that stone represented our entire organization – over 600 young voices strong," Fisher said. "I know the Holy Father, with the special place he holds in his heart for the underserved would especially love the fact that half of our singers are children who, without us, would have no music in their lives."

At first, when Bobby went to hand the pope the rock, Francis asked if it was for him.

"I told him yes, and he said thank you," Bobby said.

Chosen by Festival of Families planners to participate in Saturday night's concert, the choir organization sent 60 talented boys and girls to accompany Columbian pop star Juanes during the choruses of his performance of "This World Needs More Love." Bobby was selected for the solo opera excerpt.

Joined by families hailing from six continents, Pope Francis had been missing a guest from the world's southernmost expanse. Receiving the rock of Peter perfectly bridged that elusive continental gap. 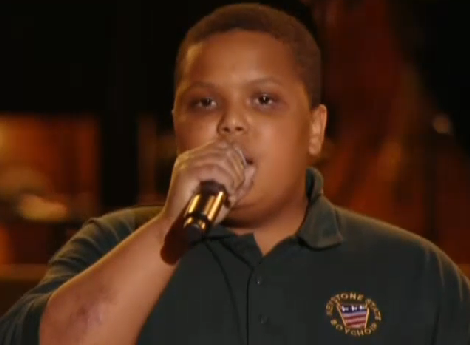 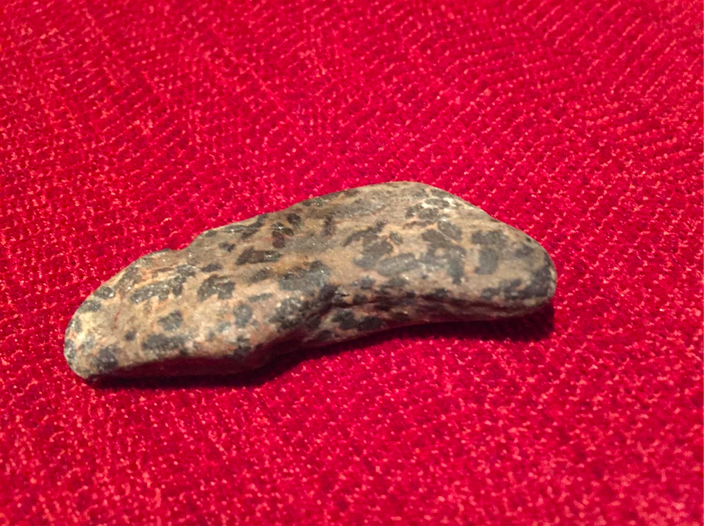 The Keystone State Boychoir and Pennsylvania Girlchoir hope to present this Antarctic rock to Pope Francis at the Festival of Families concert. (Contributed Art/PhillyVoice)

In return for that special Antarctic rock, Pope Francis handed Bobby a blessed rosary in a velvet case, a gift to the Boychoir.

Bobby's performance and the transfer of the rock quickly gained national attention, drawing invitations to appear on several major network shows. Speaking from a car on the way to New York City, Bobby said he was thrilled by the experience.

"I never expected in a thousand years that I would be able to do something like this," Bobby said. "It was so surreal to be able to stand on that stage. Every single note is going to echo forever."