Prosecutors say Robert Middlebrook, 41, threatened to have girls killed if they didn't perform 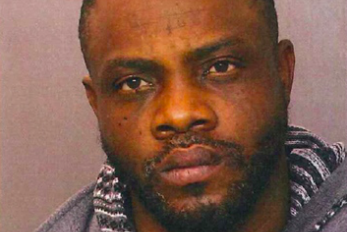 A Pennsylvania man will likely spend 12 years in federal prison after pleading guilty Thursday to sex trafficking four minors, possessing large quantities of heroin and working with an accomplice to train the young women as prostitutes, according to the U.S. Attorney's office.

The case centers around 41-year-old Robert Middlebrook, of Clairton, who had previously been on probation for possession of heroin. Middlebrook, accompanied by 26-year-old co-defendant Kiari Day, was pulled over by Pennsylvania State Police near Harrisburg last February, when authorities found 8,000 individual dose bags of heroin and four minors between the ages of 16 and 17, according to ABC News.

Prosecutors say Middlebrook drove two underage women from Ohio to the Pittsburgh area on Feb. 9 and later returned with Day and another two minors on February 11. The four girls, all runaways from the Canton-Akron area, were friends and decided to join Middlebrook and Day after one of them persuaded the rest to come with her.

Middlebrook and Day told the four girls they would become prostitutes in Pennsylvania through ad placements on Backpage.com. In addition to taking pictures of the girls in lingerie at Middlebrook's home, Day instructed the girls on how to conduct themselves with "johns" and supplied them with marijuana, ecstasy and condoms. The girls provided their sex services in hotel rooms that Middlebrook and Day rented in the South Hills suburbs of Pittsburgh.

Day, of Rankin, pleaded guilty in November and will be sentenced in December 2016. Middlebrook, who allegedly allowed his friends to have sex with the young women, reportedly claimed to have paid a hit man to kill the girls if they did not provide satisfaction to clients.

The girls requested to return home at one point, but Middlebrook would not allow them to leave.

Middlebrook will be sentenced May 9 in Pittsburgh. U.S. District Judge Arthur Schwab must approve a 12-year sentence or Middlebrook could face between 10 years and life in prison under the federal sex trafficking statute.