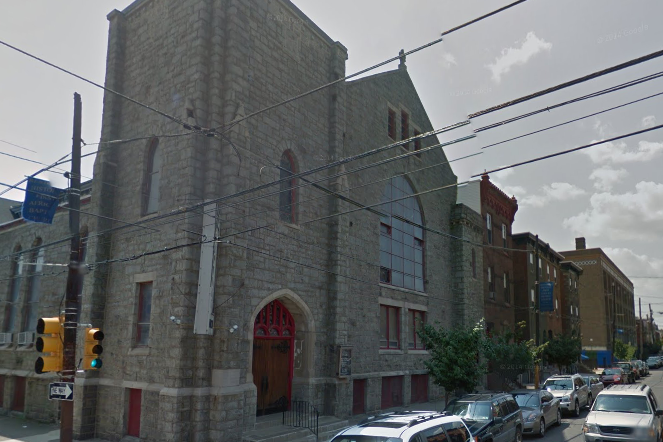 Philadelphia's First African Baptist Church, the oldest African-American congregation in Pennsylvania, is one of three high-profile buildings recommended by the Designation Committee of the Philadelphia Historical Commission to be spared demolition.

The fate of the 105-year-old church at 16th and Christian streets in South Philadelphia has been in jeopardy since the city's Department of License & Inspections tagged the structure as "imminently dangerous" due to a partially collapsed wall in June, Hidden City Philadelphia reports.

Designed by the prolific Watson & Huckel architecture firm, the church was constructed to serve the congregation established in 1809 by freed slaves from Virginia. The congregation's first pastor, the Rev. Henry Cunningham, was freed from bondage by two members who sold themselves into slavery to help him escape.

If approved by the full Historical Commission on Oct. 9, the church could be added to the Philadelphia Register of Historic Places and granted legal protection from demolition.

Members of the congregation remain split on the future of the church. While some argue that the aging building is inadequate, others say the church represents a symbolic refuge. The Rev. Terrence D. Griffith, senior pastor of First African Baptist Church since 2001, believes the church building should be sold to a developer for $3.2 million and demolished for redevelopment. The congregation has not approved this plan.

Even if approved by the Historical Commission, the building could still be deemed in danger of collapsing, pending an examination of all engineering reports. The question would turn to the cost of stabilizing and rehabilitating it, which would hinge on financial hardship.

Also nominated for protection are the row of Victorian storefronts and apartments along the 3600 block of Lancaster Avenue, constructed between 1870 and 1880, and the Edward Corner Marine Merchandize Warehouse on Delaware Avenue, which was constructed in 1921.

Those interested in learning more about Philadelphia's historic buildings can visit the new interactive map launched by the Philadelphia Register of Historic Places. The site, created by the Streets Department's Geographic Information Systems staff, provides information on historic properties throughout the city, including names, addresses and designation dates for each structure.