Scott Overland nearly sent back a clam dish at Salt Air Kitchen & Bar because of its bell pepper garnish. Instead, he took a bite and made a valuable discovery 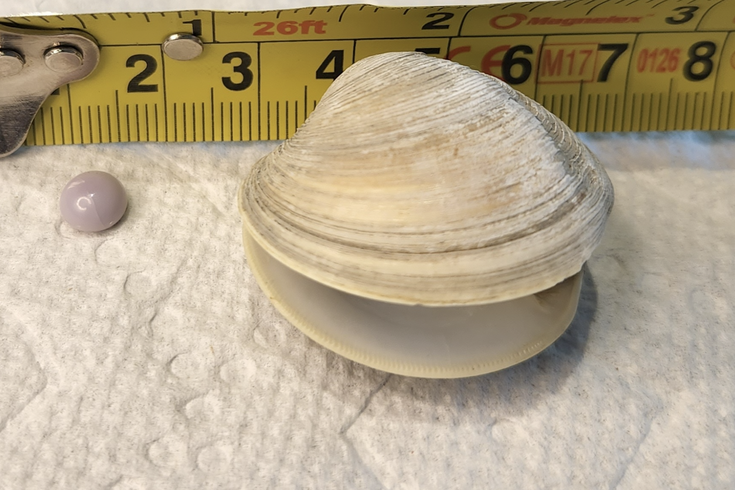 Scott Overland was on vacation in Rehoboth Beach last week when he took his family out for a seafood dinner at Salt Air Kitchen & Bar, an upscale restaurant in the Delaware shore town.

The Phoenixville, Chester County resident, who sits on his local school district board, was stunned when he took a bite from a clam appetizer dish the family had ordered. He felt something hard, spit it out and saw a small, lavender object.

"When we looked at it, it was actually purple," Overland said. "We initially thought it was something a chef had dropped in, like a bead or piece of candy. My wife said it looked like one of those dots candies that you peel off of paper, because the back of it was flat and it was a very light shade of purple." 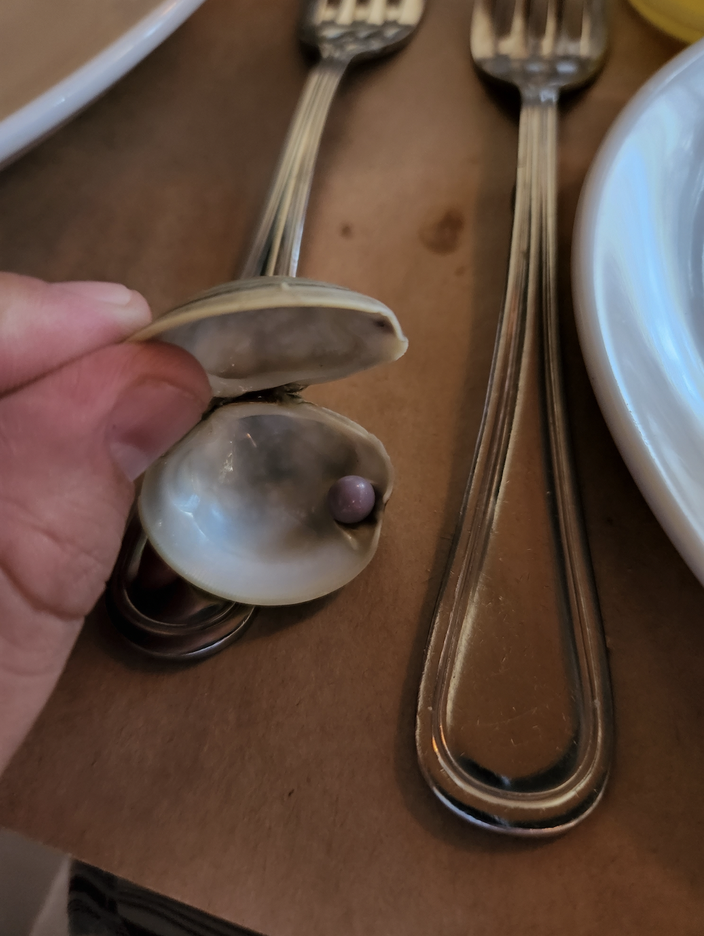 The pearl found in Scott Overland's clam appetizer is non-nacreous, which means it can only be produced naturally.

But when Overland looked back at the clam shell, he saw a small indentation, suggesting the object was a pearl that had been formed there.

"We whipped out our phones and started Googling what we could have, as neither of us knew that clams could produce pearls; we thought they only came from oysters," Overland said. "We also had never seen a purple pearl before. As it turns out, we learned clams do produce pearls and they can be purple. We found articles with a wide range of values — anywhere from $600-$16,000."

Clams, oysters and mussels all can produce pearls when an irritant gets trapped in a shell, triggering a defense mechanism in the mollusks. They secrete layers of the proteins that they use to make their shells, creating either a composite known as nacre — called mother-of-pearl — or calcite.

The crystalline structure of nacreous pearls gives them their luster under light. Saltwater clams and freshwater mussels are used most commonly to grow these gem-grade, cultured pearls, and the color will frequently match the outer edge of the shell. Non-nacreous pearls tend to have a more porcelain-like appearance and fragile structure. Their rarity often makes them more valuable because they are only produced naturally.

Salt Air Kitchen & Bar and its supplier, Ballard Clams and Oysters, told USA Today that the clam from Overland's $14 appetizer was a northern Quahog, a saltwater species grown by Cherrystone Aqua Farms in the Chesapeake Bay. They produce non-nacreous pearls that range in color from white to brown and various shades of purple. Usually, they're more flat than spherical, nacreous pearls. 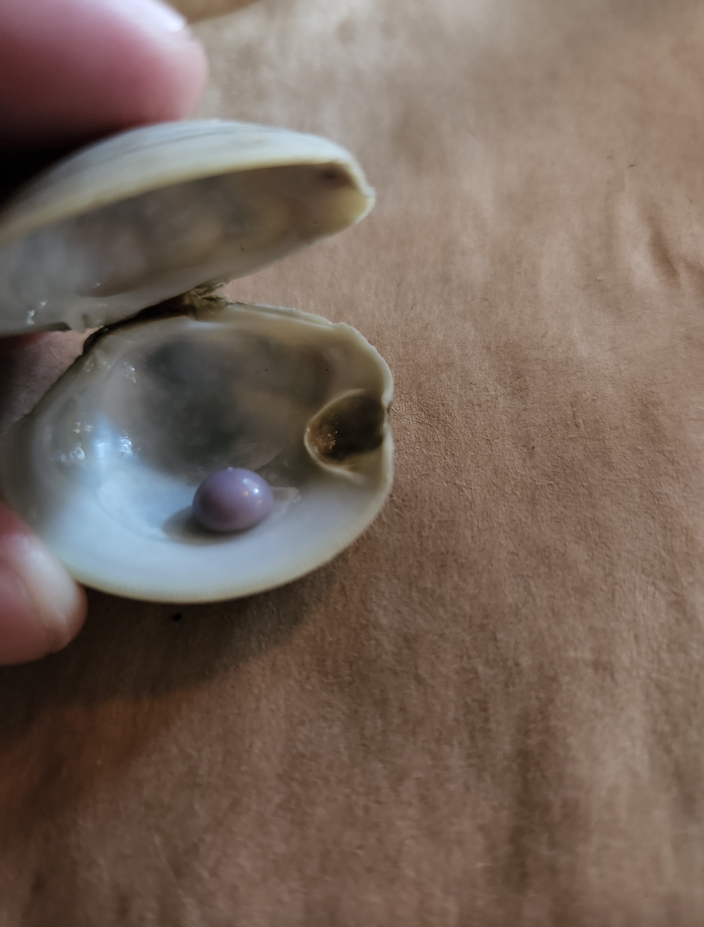 The purple pearl came from a northern quahog clam in the Chesapeake Bay.

"We've had some guys that have worked for the company a long time, over 20 years, that have two or three (pearls)," Parsons said.

Although very rare, seafood diners sometimes find surprise pearls in their their meals. In 2016, a woman in Washington found a similar purple pearl in a Quahog clam while dining at an Italian restaurant. The pearl was estimated to be worth $600.

In February, a couple at Lobster House in Cape May found an 8.8 millimeter wide pearl in a clam. The discovery happened to coincide roughly with the anniversary of the couple's first meal at Lobster House – 34 years earlier. They said they planned to make a piece of jewelry with it.

Overland said he's grateful for the way his dinner played out, considering he almost sent the clam appetizer back because of bell pepper garnish his wife didn't want included. Now, they have a purple pearl that they'll get appraised in the coming weeks.

"We are still deciding what to do with it, but we are leaning towards keeping it as a cool family heirloom and something to remember the trip by," Overland said. "We may turn it into a nice piece of jewelry, but I am going to have to keep eating a lot of clams to find a second one if my wife wants earrings!"