Theater event plays off the conclusion of the hit HBO series 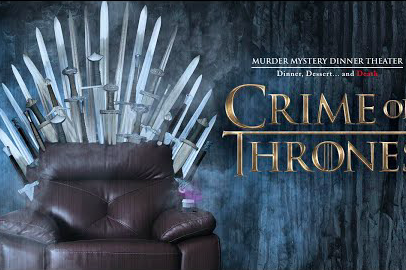 HBO's "Game of Thrones" may be over and done with, but if you're still hungry for more of the hit series, you can check out a theatrical spinoff in Bucks County.

Here's a synopsis of the event:

Now that the battle for the Iron Throne is over and peace has been brought to Westeros and Essos, all of our favorite characters (or what is left of them) are enjoying the serenity that the truce between the dynasties has wrought. In fact, they have found that they have much more in common than they thought, and they all ultimately agreed that the Iron Throne was ridiculously uncomfortable and should be replaced. The Throne has been traded out for a Barcalounger that Dani found on sale – and it even has a cup holder! However, is it possible for this group of survivors to resist their ultimately bloodthirsty natures and keep the peace in the Seven Kingdoms?

A menu for the event includes a starter salad and one of four entrees, as well as a choice of two desserts.

Tickets cost $64.95 for the previews on June 7-8 and $69.95 per person on subsequent Fridays and Saturdays. The event will be held at the Cock 'n Bull Restaurant on Route 263 and Street Road in Lahaska.

Peddler's Village also released a teaser video for the performance, which promises a healthy amount of murder. Sometimes you have to kill for a good Barcalounger.