Penn grad's viral speech: 'Now is the time to start being you' 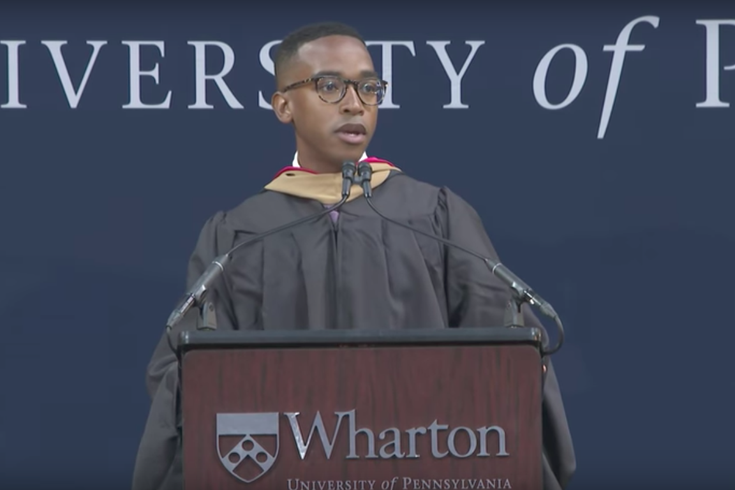 Dante Pearson gives a speech at the 2017 Wharton MBA graduation ceremony at the Palestra.

Pearson delivered a speech to his fellow graduates of The Wharton School's MBA program at a ceremony in the Palestra earlier in May.

Viewed more than a half million times and shared more than 5,000 times on Facebook, Pearson's address includes a good dose of self-deprecating humor: He thanks the step stool at the podium for bringing him down to earth and notes how the only list he ever got on at Penn was the waitlist. He even pokes fun at famous poet T.S. Eliot for going to Penn's Ivy League rival Harvard and quotes Ludacris.

But Pearson also gets serious and talks about how sometimes, we focus too much on the wrong risks, like career risks, and forget other important risks, such as not telling a family member we love them enough. The time to fix that, he says, is now.

Pearson's overall message: Don't wait for life to come to you.

"We can't afford to wait while we wait," Pearson said. "We're running out of time to be the person we already say that we are.

I won't spoil the rest of the speech, which you can watch in its entirety below: