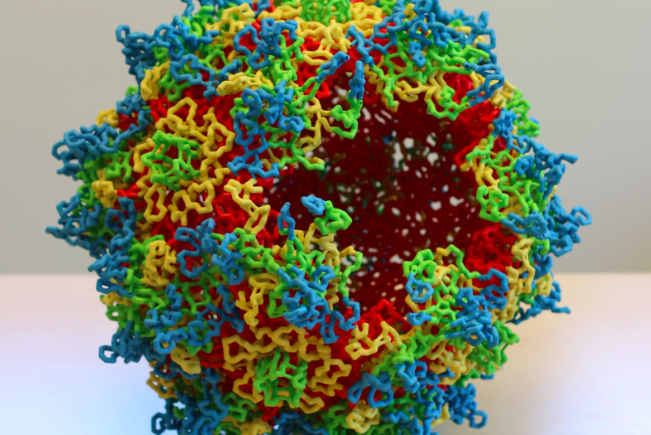 The University of Pennsylvania's Perelman School of Medicine has launched a new precision medicine program to develop the next generation of viral vectors that will be used to accelerate progress in gene therapies and genome editing.

An interdisciplinary team of 30 scientists, led by Dr. James M. Wilson of the Orphan Disease Center, will embark on the AAV 3.0 program to find quicker and more effective treatments to a wide array of diseases.

Current clinical applications of gene therapy rely on a family of adeno-associated virus (AAV) vectors that were developed more than 10 years ago at Dr. Wilson's laboratory at Penn. These AAV vectors work by transmitting corrected genes and small nucleic acids to cells, where they replicate and reverse the course of rare genetic diseases.

The new initiative is primed to create vectors that will enhance the clinical translation of cell and gene therapy.

“I am optimistic that successful technologies will continue to emerge from our existing AAV vectors to help patients suffering from severe inherited diseases,” Wilson said. “However, we believe it is possible to significantly improve the performance of future AAV vectors to expand their clinical utility for gene therapy and to help usher in therapeutic applications of genome editing.”

In May, Penn announced a gene therapy alliance with Biogen, the oldest biotechnology company in the United States, aimed at advancing gene therapy research and gene editing technologies. The collaboration, potentially worth up to $2 billion for the university, focuses on targeted therapies for the eye, skeletal muscles and central nervous system.

Since Dr. Wilson's lab pioneered the earliest viral vectors, Penn has secured a dozen biopharmaceutical licensees who use the AAV's to research and treat 26 diseases. Successes have included Dr. Jean Bennett's treatment of patients with inherited blindness and Dr. Carl June's use of chimeric antigen receptor (CAR) T cells to treat patients with leukemia.

The most commonly preferred gene editing technology, CRISPR-Cas9, works by selectively trimming away problematic parts of the genome and replacing them with modified snippets of DNA. The U.S. National Institutes of Health recently green-lighted use of the technique in human trials for cancer patients with melanoma. The initial trial, funded by Sean Parker's cancer immunotherapy institute, will be lead by the University of Pennsylvania's Dr. Edward Stadtmauer, a specialist in hematologic malignancies.

Over the last fifteen years, precision or "personalized" medicine treatments have become increasingly available to those in need. In 2001, the cost to sequence a single human genome was $95 million, according to the National Human Genome Research Institute. By early 2015, the estimated cost to generate a high-quality "draft" sequence of the whole human genome came down to $4,000. Later in the year, it fell to below $1,000.

“Our current successes in cell and gene therapy represent decades of work by our scientists and unwavering support by the institution,” said Ralph W. Muller, CEO of the University of Pennsylvania Health System. “We stand prepared to do what is necessary to make sure these life-saving therapies are made available to our patients.”