Penn prof: Teen activism – and stats – show 16- and 17-year-olds should be able to vote

A University of Pennsylvania professor says the political activism shown by the Parkland survivors and teens across the country begs a question:

Why can't they vote already?

In an opinion piece published Monday in the New York Daily News, Jonathan Zimmerman, Ph.D., who teaches education and history, writes that in the few instances that 16- and 17-year-olds were given the right to vote, they voted at a higher rate than those voting for the first time at the age of 18.

In a Maryland municipality, 16- and 17-year-olds given the right to vote exercised their privilege at rates two to three times higher than all registered voters in the next two elections, he wrote.

Many of them are already in engaged in politics, even though they are not allowed to vote, according to Zimmerman:

According to the 2006 Civic and Political Health Survey, which polled Americans between 15 and 25, 16- and 17-year-olds know as much — or more — about politics as their older peers. They’re also just as likely to have contacted a public official, another mark of engaged citizenship. 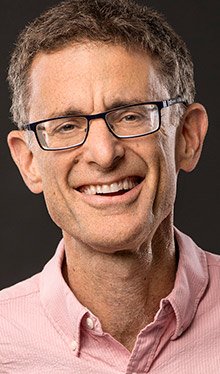 So enfranchising 16- and 17-year-olds would hardly add to our already large stock of ignorant voters, as skeptics often charge. But since younger people shade to the left, the new voters would be more likely to support a range of liberal causes — including, yes, gun control.

And they’d also be more willing to support education, which needs all the help it can get. It’s hard to imagine now, but America used to lead the world in its commitment to educating all of its citizens. As the average age of our population has climbed, however, graying baby boomers have increasingly rejected tax hikes to fund schools and colleges.

Zimmerman noted that Parkland survivor Delaney Tarr, at Saturday's March for Our Lives protest in Washington, warned that she and her fellow not-quite-ready-to-vote activists were coming for politicians who stand in the way of gun control. "We will vote you out," she promised.

"But will anyone listen to them, come election time?" Zimmerman wrote in the Daily News. "It’s not enough for kids to make speeches and signs, as they did around the country on Saturday. Until they can cast ballots, too, people with power can continue to ignore them. 'Vote them out' is a great slogan, to be sure. But it only works when you actually have the vote."