Pennsylvania judge accused of having sex with defendant's girlfriend 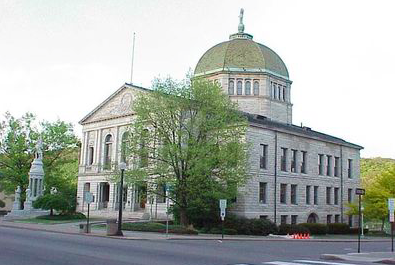 A veteran Pennsylvania judge was hit with administrative charges Wednesday after the state's Judicial Conduct Board presented evidence alleging he had sex with the girlfriend of a defendant in his drug and alcohol treatment court.

In a document outlining the four charges against District Judge Michael Shaw, of Sayre, the conduct board provides a summary of the "sexting" that occurred around the time of alleged 2014 encounters between the Bradford County judge and the girlfriend of the man participating in treatment.

In February 2014, according to conduct board lawyers, the woman, identified only as "D.A.," informed Shaw on Facebook that she planned to break up with her boyfriend, identified as "J.L." Initially, D.A. expressed concern to Shaw that this might cause J.L. to relapse, which led to a phone call between Shaw and D.A.

In the weeks that followed, Shaw allegedly continued a text message conversation with D.A. that eventually became sexual in nature. After a month that included the alleged exchange of a photo and explicit sexual conversation, D.A. agreed to meet Shaw in person.

Investigators say Shaw paid for a motel in Binghamton, New York, where the two engaged in sexual relations. After that tryst, communication between Shaw and D.A. gradually faded, ending in April 2014.

When D.A. subsequently resumed her relationship with J.L., investigators say J.L. discovered a pattern of phone calls and confronted Shaw about his contact with D.A. Eventually, while momentarily in possession of D.A.'s phone, J.L. received a text message from Shaw and discovered the history of the conversation, including the sext messages.

Shaw apologized to both D.A. and J.L., but told the latter that if he were to resign from his position, Treatment Court would likely cease to exist.

At the time, J.L. was unaware that Shaw had sex with D.A.

During Shaw's deposition in 2015, he acknowledged sending sexts to other women, including a probation officer with whom he had been friendly for more than a decade.

The conduct board cited these incidents and several others as grounds to level charges of impropriety, failure to recuse himself from compromised cases and related violations of the rules binding magisterial district judges.

If the conduct board finds Shaw guilty of any of the charges, he faces potential sanctions including censure, suspension, a fine or removal from office.