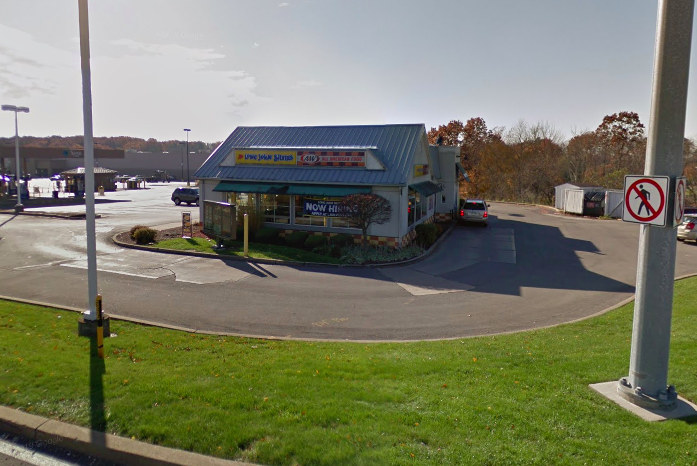 Michele Krzewinski, 48, allegedly hired her boyfriend at the Long John Silver's in Moraine Point Plaza in Butler, Pennsylvania. The only problem is that he was in prison at the time he collected more than $50,000, police said.

A western Pennsylvania woman is facing criminal charges after authorities say she used her managerial position at Long John Silver's to put her boyfriend on the payroll while he was behind bars.

Michele Krzewinski, 48, of Sligo, was arrested by Butler Township police following an investigation prompted by a tip from Long John Silver's.

The restaurant chain discovered that a man named Christopher Sweet had been added to the payroll despite never working at Long John Silver's, according to ButlerRadio.com.

Butler Township police told WPXI News that Krzewinski met Sweet in state prison. After she got her job at Long John Silver's, she stole more than $50,000 that ended up going to Sweet, police said.

Krzewinski, who was a manager at multiple Long John Silver's locations, is suspected of committing similar crimes at a location in Beaver County.

Sweet is reportedly out on parole in Philadelphia. Officers have tracked him down and plan to bring him to Butler County to face charges.