Jonathan Nyce was convicted of manslaughter for killing Michelle Nyce in New Jersey. A new case alleges he ripped off vulnerable pet owners 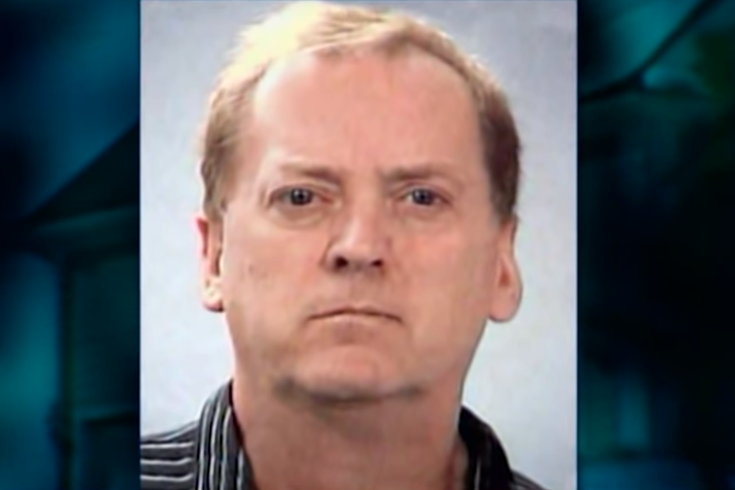 Jonathan Nyce allegedly schemed make money by selling selling fake medications that he claimed would cure dogs of cancer, according to a federal indictment filed Tuesday, Feb. 4, 2020. In 2004, Nyce was convicted of manslaughter for killing his wife, Michelle Nyce.

Jonathan Nyce, the New Jersey man who served prison time for killing his wife 16 years ago, is facing trouble again, this time on federal charges he allegedly ripped off pet owners by selling them fake drugs to cure their dogs' cancers.

Nyce was a onetime pharmaceutical company executive prior to the beating death of Michelle Nyce in 2004, a sensational case out of the upscale town of Hopewell, New Jersey, that made headlines across the United States. He was sentenced to eight years in prison after being found guilty of manslaughter, and was released after serving five.

Now, it is alleged Nyce collected hundreds – and sometimes thousands of dollars – from the owners of terminally ill dogs through the sales of fake drugs with names like like "Tumexal" and "Naturasone," according information from U.S. Attorney's Office for the Eastern District of Pennsylvania released on Tuesday.

Through websites, companies, and phone calls made for the purpose of pushing the drugs, Nyce made claims like "Tumexal is effective against a wide variety of cancers!" and "Tumexal will almost always restore a cancer-stricken dog’s appetite, spirit and energy!" investigators said.

A Temple alum, Nyce started the canine cancer drug scheme after his release from prison for killing his wife. As a former researcher who had studied cancer and founded pharmaceutical company that once touted a promising asthma drug, his products for dogs seemed all the more credible.

The drugs are alleged to be nothing more than a random collection of bulk ingredients that Nyce had blended together in a nearby facility in his town, federal investigators said. The sale of these products not only bilked pet owners out of healing care for ailing pets, but violated the FDA through the sale of unapproved drugs, U.S. Attorney William McSwain said, calling Nyce's actions "cruel and illegal."

"And when (pets) become sick, caring owners look for hope, often doing everything they can to keep their beloved pets alive and well," McSwain said. "The defendant is charged with taking advantage of that nurturing instinct in the worst way possible by defrauding pet owners and giving them false hope that they might be able to save their dying pet.

Nyce was found guilty of beating his wife to death in the basement of their multi-million-dollar house – he then staged a crash trying to make it look like Michelle Nyce had driven into a creek near the couple's Hopewell home. Jonathan Nyce ultimately was found guilty of passion/provocation manslaughter.

The case became a true crime sensation and was even made into an episode of Forensic Files titles "Naughty or Nyce."

The now 16-year-old case attracted true crime series and tabloids for the love triangle that entangled Nyce, his wife, and their landscaper. Michelle Nyce, 34 when she was killed, had been having an affair with landscaper Alexander Casteneda, who in turn had been trying to extort $500,000 from Jonathan Nyce, claiming to have a sextape of Michelle, according to a 2004 report by the New York Times.

Also, Michelle's marriage to Nyce as a "mail-order bride" was not overlooked in the tabloid coverage. Nyce and Michelle's relationship had begun by letter correspondence in the 1980's, when he saw her photo in "a newspaper ad for a woman in the Philippines," the New York Times also reported.

Nyce was released from prison early on his eight-year sentence for manslaughter. He has continued to claim innocence since then and even has published a book about it titled "Under Cover of Law."