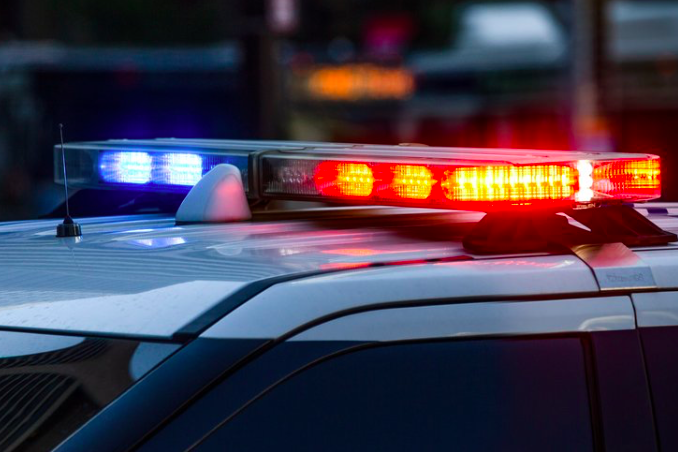 An off-duty Philadelphia police sergeant suffered minor injuries after a man allegedly attacked her in her vehicle in Hunting Park. The sergeant shot the attacker, who fled the scene and was later located, authorities said.

An off-duty Philadelphia police sergeant shot a man Tuesday night after he allegedly smashed her car window and choked her in the Hunting Park section of the city, authorities said.

Investigators said the suspect threw a brick through the sergeant's window and grabbed her by the neck. The sergeant fired several shots at the suspect, striking him before he fled the scene northbound on Park Avenue. He was described as a black male wearing a brown hooded sweatshirt and dark pants.

Authorities later located the suspect and positively identified him at 13th Street and Lehigh Avenue. He was transported to Temple University Hospital, where his condition was not immediately known.

The police sergeant was taken to the hospital with minor injuries, police said.

Authorities did not say what may have led to the attack. The investigation is in its preliminary stages and remains ongoing.