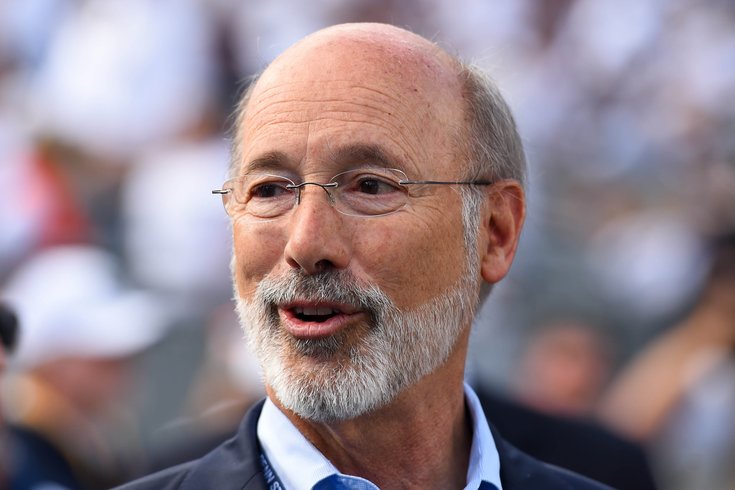 Pennsylvania Gov. Tom Wolf is calling for $1 billion to address the ongoing asbestos issue in schools across the Keystone State, including in the city of Philadelphia.

Pennsylvania Gov. Tom Wolf called for a $1 billion investment to cleaning up asbestos and lead in aging public school buildings during his annual budget proposal in Harrisburg on Tuesday, as the second-term Democrat wants to make the process easier for school districts to apply for and receive funding.

“All across our Commonwealth, children will, tomorrow morning, walk into school buildings loaded with lead paint, asbestos, and other dangers,” Wolf said to the Pennsylvania General Assembly. "We know that environmental factors directly affect student performance. And we know how to fix this problem.”

Wolf’s address comes just a week after he met with members of Philadelphia’s principals union, Teamsters Local 502, in Harrisburg to discuss the ongoing asbestos issue facing many of the city’s oldest school buildings. Asbestos contamination from damaged insulation has forced several public schools to close recently while abatement procedures are conducted.

Wolf informed the principal's union that he would pledge $1 billion in the state budget to address the matter.

"For the past two years, my administration scraped together what funding we could, and we did what we could to help address these problems," Wolf said Tuesday. "But if we keep doing what we're doing, that means many schools won't make the cut, and those students will just keep on being exposed to dangerous contaminants.

"No business would choose to address such a pressing crisis in such a cavalier fashion," Wolf continued. "And no parent wants to hear that there just wasn't room in the budget to make sure her child is breathing clean air or drinking clean water. That's why it's time to stop playing numbers games with our children. Instead of chipping away at this problem bit by bit, let’s make 2020 the year we act decisively to repair our school infrastructure."

The state's investment would be conducted through a bond-funded redevelopment program, according to the governor.

"Let’s make sure that every parent who sends their kid off on the bus this September can spend less time worrying about mold, lead, and asbestos and more time looking forward to finding out what their kids have learned when they get home," Wolf said.

Street said addressing hazardous conditions in the schools due to lead and asbestos is "amongst the fundamental roles of government, to take care of its most valuable citizens and ensure that the air our children breathe and the water they drink is clean."

Tartaglione, whose Second District, includes parts of the lower Northeast Philly said "toxic schools" are a statewide issue in Pennsylvania.

"We need local, state, and federal investment, as well as a coordinated effort to protect the health of students, teachers, staff, and all people who visit our schools," Tartaglione said. "I strongly support funding for toxic schools in pending capital budget legislation."